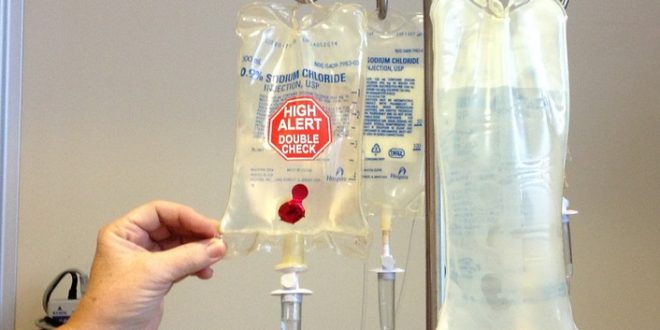 Cancer, the second leading cause of death globally, has caused an estimated number of 9.6 million deaths in 2018, which is about 1 in 6 of total deaths. Cancer’s defining feature is the rapid multiplication of mutated cells, which eventually cause malignant tumors and neoplasms. What makes cancer so scary and unpredictable is that it has so many different permutations, as it can originate anywhere throughout the body, from the lungs to the brain to even the stomach. The malignant cells that accumulate can spread past the origin to other organs in the body, a process called metastasizing, which is the major cause of death from cancer. There are many external factors that can lead to cancer including physical carcinogens, such as ultraviolet light, chemical carcinogens, such as tobacco smoke or alcohol, and biological carcinogens, such as certain bacteria and viruses.

While cancer is a difficult disease to treat not only because of its many different types but also because of its quick-growing cells, there are many ways to stop cancer in its tracks before it becomes too problematic. Having an early diagnosis of cancer is probably the best way to eradicate cancer, because at this stage, the cancer is more likely to respond to treatment. Common cancers, such as breast cancer, cervical cancer, oral cancer, and colorectal cancer have high percentage cure rates when detected at early stages. In order to make sure that cancer is detected early, it is absolutely necessary to have yearly checkups at your local hospital. At these checkups, screening can be done to identify patients with abnormalities so that they can be tested further for specific cancers.

When cancer has moved past initial stages, there are also other treatments that can be accessed. A correct cancer diagnostic is essential to effective treatment, because one cancer may not be as responsive to a certain treatment compared to a different cancer. Chemotherapy is one widely known treatment to the disease. Instead of surgery and radiation, which only can kill or damage cells in one area of the body, the drug used for chemotherapy can work throughout the body. There are three levels of goals for chemotherapy: cure, control, and palliation. If the cancer is destroyed completely, usually seen after early stage treatment, it is cured. If cure is not possible, chemotherapy can be used to stop the spread of the cancer. After it is controlled, the cancer is treated like a chronic disease. Lastly, when the above two goals are not met, palliation is the final goal. Chemotherapy can be used to palliate the cancer, easing symptoms and helping the sick person to feel better.

Finding the cure for cancer has always been a major goal for scientists, but finding the cure for one cancer doesn’t mean the cure will work for another. However, scientists have recently made breakthroughs in cancer research with personalized and precision medicine that can treat specific types of cancer. For example, precision medicine can be adjusted based on mutations that occured from a tumor. Targeted treatments can focus on areas of the body such as genes, proteins, and blood vessels. The treatment is matched to the type of tumor, so the success may be higher with less side effects. Targeted therapy is promising, but there are only treatments to a few kinds of cancer as of now.

Cancer is a scary foe, but with checkups annually, the chance for it to sneak up on you will be very low. With the right treatments, cancer is not as scary as you may think. Living healthily will help you to reduce the risks of cancer, so maintaining a good diet, getting exercise, and sleeping enough should be short term goals for cancer prevention.