Home / Opinion / Intolerance in the Land of the Free 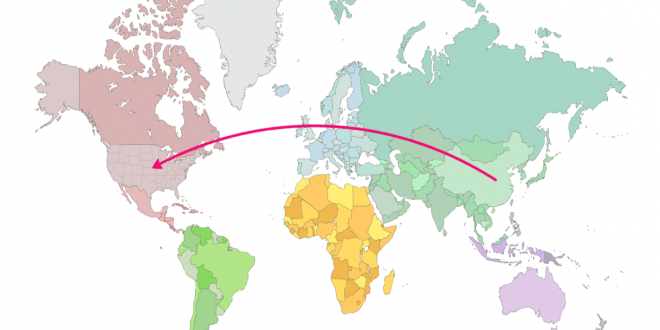 Intolerance in the Land of the Free 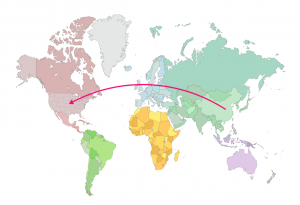 We all started as immigrants. America is essentially a nation of newcomers that promises freedom. Yet despite the origins of this country, discrimination is still prevalent throughout. As a Chinese-American, I have experienced the all of the stereotypical and racist remarks. It surprises me that after centuries of fighting for civil rights and equality, widespread prejudice still exists in the United States. While other minorities also face intolerance, for me, the struggles of Asian Americans resonate the most; we make up about 5% of the population, yet it is rare to ever see one rise to a high position of power. And for college hopefuls, Asian Americans must score, on average, 140 points higher than others on the SAT. As a junior about to undergo the college application process, facts like these both scare and anger me.

Race and ethnicity are tricky subjects. They have nothing to do with my personality or work ethic, but everything to do with how others perceive me. They’re classifications that don’t provide a good indicator of who I am or will be.

But from where does this prejudice stem? Back in the 1860’s, Chinese immigrants sailed from their homeland to America, pulled by the promise of a better life and economic prosperity. To complete the Transcontinental Railroad, Chinese workers toiled for hours on end, but despite their hard-working disposition, they were paid $5 to $10 dollars less than their Caucasian counterparts. As more and more emigrated, the Chinese faced increasing opposition; others felt threatened by the growing competition for jobs and were jealous of the immigrants’ successful businesses. This animosity toward newcomers manifested with the Chinese Exclusion Act of 1882 and then the Immigration Exclusion Act of 1924. For years, the Chinese were completely barred from relocating to America.

Today, with the pressing issues of immigration reform or Ferguson riots, racism is definitely being discussed. But what can we do about inequality? Besides spreading awareness, we can all advocate for causes or join organizations like the Asian Pacific Islander American Public Affairs Association (APAPA) or the Advancing Justice organization centered in Los Angeles. Both focus on civil rights through education, and the latter also uses litigation; as an aspiring lawyer, I look forward to the day when I can join these groups and use my knowledge to impact the lives of others. My non-profit organization, Global Leadership Initiative, recently galvanized local residents to vote in elections and be more than passive citizens. To me, it’s important for all minorities to be active participants in government to show that we are citizens too. Despite our varying cultural backgrounds, we’ve all worked for the betterment of America.

It’s time for everyone to be regarded as equals. Take any opportunity to fight for justice; let the work of others in the past, like Fred Korematsu, inspire and motivate us. Only through active participation and effort can the effects of prejudice be mitigated. Our sacrifices back in the nineteenth century and today should be recognized with more than just a rock in the Serra Mountains. While it may be impossible to completely eradicate discrimination, we can start by lessening its impact. That can begin with commemorating the work of the Chinese railroad.

Today, we are Americans.

Previous Haze
Next Driving in the Clouds