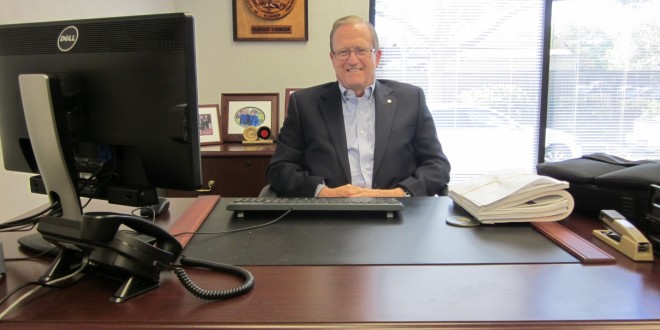 1.     Can you please explain briefly what the city council and Mayor do in the city of Pleasanton?

The Mayor has a term of two years and the four city council members have four years on board.  Pleasanton is a general law city, which means that it is directed by the State, unlike charter cities like San Francisco. The city manager runs the city and the people in the city report to him or her and the attorney. The city council does all the planning, behind the scene work.

2.     Why do you believe that it is important to be involved in city government? What are some ways to help encourage involvement in the community?

The city government impacts your life in every possible way. They work with traffic, buildings, speed limits, etc. If you have an opinion on something and want to do something, there are public hearings where your voice can be heard. Changes do not have to be implemented through a government figure. Every citizen has a voice that can be heard.

3.     As mayor, how do you hope to reach out to students? How can students start to get involved in school?

Schools have a liaison with the school board that impacts the decisions made in the school district. Sports activities are one of the most direct links. Mr. Thorne attends almost every function he is invited to by the school board. It is important to stay in touch, so you can really influence the decisions being made. For example, before Mr. Thorne started running for city government, his daughter was going to school at Amador Valley High School. The swimming pool then was very shoddy and could be improved. He kept pushing and making changes and eventually, after seven years, an Olympic sized pool was provided to Amador. I think that as long as you are willing to express your opinions, anywhere, changes will be made. In school, students can get involved in their school government and run for student site council.

4.     What is currently being done in Pleasanton to help funds for education?

The city council offers a loan fund to the school in case they need it, but even at the lowest point of the economy, the school never used the money. Funding for education comes strictly from the State, and there is not much we can do about it. However, the city council does maintain the city gyms and has built tennis courts on the campus of middle schools.

5.     Do you have any advice for students who wish to pursue a career in politics or government?

It is good to start coming to meetings that the city council holds to get familiar with procedures. Also schools do a student government day where students have the opportunity to shadow an elected official and see what goes on at the office.