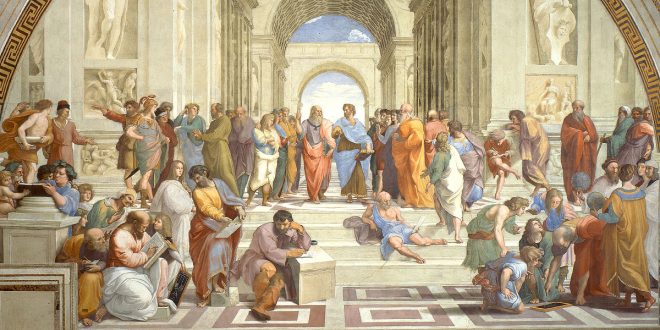 The new world with the the Internet is like Europe during the Renaissance. The Renaissance allowed the Europeans to be free from religious doctrines and precepts and found that human beings were not the brainless followers of the church, but the masters of the universe. This was the origin of “humanism”, a celebration of humans which emphasized each person’s potential and ability to work together to find solutions and satisfy common needs. The Renaissance’s focus on humanism directly led to major world events such as the British bourgeois revolution, the Enlightenment, the French Revolution, and the American Revolutionary War.

The essence of the Internet is freedom, sharing, and collaboration. It frees people from being shackled by the traditional social hierarchy and finds that people have the power to influence the universe around them.  Therefore, the individualism that rises from this state of mind further enhances this concept of humanism.

Today, the Internet enables this concept to every corner of the world where people may fully exploit their potential; people can be freelancers and pursue their own careers without relying on traditional organizations or companies.

The Internet also promotes equality. The pyramid structure of traditional societal hierarchy has become flattened with arrival of different social media platforms. In the olden days, peasants could never speak to the nobility. However, in these days, at the click of a button, people are able to have lively discussions about their interests and passions with other like-minded people without ever having to know their social class or history.

Finally, today’s business values promote collaboration through the Internet. Just as the philosophers of the Renaissance often gathered together to exchange their thoughts and discoveries, the people of the Internet are free to collaborate equally as well. There is no emperor or big authority figure to order people around and make everyone follow.  With the Internet and its explosion of information and technologies, a new movement is taking shape with the qualities of freedom, equality, and collaboration.

Allison Jia is a freshman at The Harker School. She loves science, especially biomedical research and neuroscience, traveling, watching movies, and playing volleyball. She is involved in many STEM clubs at her school, including Science Research, Math, and Medical, and currently serves as an officer in her school's DECA program.
Previous Gun Control
Next Obesity and Diabetes