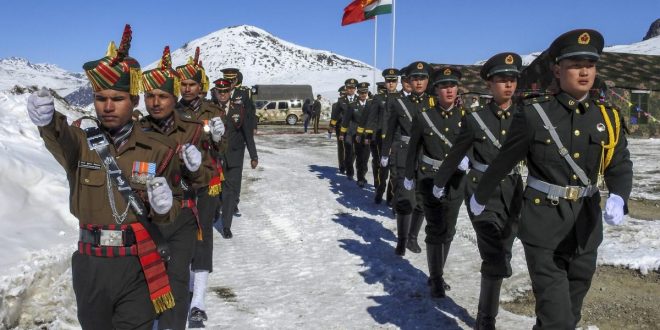 On June 15th, Chinese and Indian soldiers clashed in the Galwan-Valley area in the Himalayan Range.

According to a source in the Indian military, the clash started after Indian troops tore down a tent that was constructed by Chinese soldiers. The next day, Chinese troops wielding assorted weaponry including stones and bamboo sticks studded with nails attacked unprepared Indian troops. China is yet to tell its official account of the events.

According to Indian army spokespersons, at least 20 Indian soldiers died in the confrontation, including one Colonel-rank military officer. The Chinese army also suffered casualties, though China has not given figures for the amount.

Indian Prime Minister responded to the violent face-off, stating: “India wants peace, but if instigated, India at all costs is capable of giving an appropriate response”.

According to the Chinese Foreign Ministry, In a phone call between Chinese Foreign Minister Wang Yi and Indian External Affairs Minister Subrahmanyam Jaishankar, Wang was quoted with saying: “The Indian side must not misjudge the current situation and must not underestimate China’s firm will to safeguard territorial sovereignty”. According to an Indian government statement, Jaishankar said that China’s actions were “premeditated and planned”, and that the clash would have a serious impact on the bilateral relationship between India and China.

The border clash is only the latest crisis for Modi, whose administration is facing criticism over its handling of the coronavirus pandemic.

The incident reportedly occurred during a deescalation process in the Galwan valley region, where a large troop buildup on both sides had been taking place, and before senior military officers began negotiations.

This incident is significant due to the fact that the related deaths are the first military casualties along the disputed border of India and China for more than 40 years.