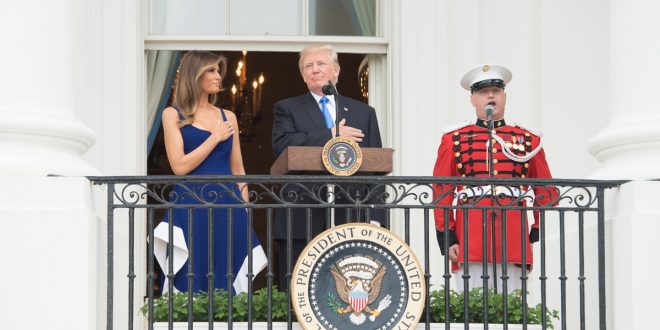 On July 4th, 2020, President Trump addressed the public in a speech commemorating the independence of the United States of America. In this address, he had stated that “99% of coronavirus cases are ‘totally harmless’” (Reston). His remarks about the virus have continuously been made despite a large amount of them being swiftly disproven. The President has close to no professional knowledge of viruses and their impact on organisms, and the coronavirus is no exception. A previous remark he had made was regarding the use of Clorox as a combating agent for the virus, seeming almost satirical. In that conference, he was similarly disproven immediately to avoid any spread of misinformation. Many Americans put their trust in the President and will take his word as truth. Because of this fact, these remarks could very well endanger a large part of our country.

After President Trump had made this claim, he was questioned the following Sunday by health experts who had disproven that claim. These health experts who had used current data to show the detrimental effect of coronavirus on people knew that President Trump did not have sufficient knowledge to engage in a proper argument on his claim. Because of this, they asked the FDA commissioner to explain the President’s dangerous claim. But, the commissioner took on a defensive standpoint by saying that he would not “get into who is right and who is

wrong” (Reston). The major issue with this statement is that experts would rather preserve a political stance than stop the spread of misinformation for citizens of the United States. The coronavirus has practically become solely a political issue, and all politicians and the health experts working with them become more and more careful about only protecting their image. These health experts were very wary of disproving this claim due to the fact that they did not want to taint the President’s image. The country’s main priority has to be the protection of the citizens and their health, and while these politicians act like they have knowledge about what to do, they only hurt the citizens more than if they were to stay silent.