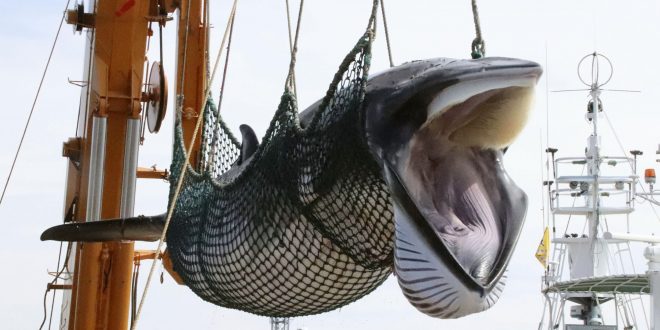 After a government leader of the nation stated that there is no justification to continue the practice, the national government will be banning whaling within the next two years.

After Japan resumed their commercial whaling industry in 2019, the demand for whales has vastly decreased. In response, the economy of Iceland is hardly benefitted from the continued whaling. Recently, however, Iceland allowed the killing of fin whales (which are considered an endangered species) and minke whales (one of the smallest whale species).

Since Japan could hunt for the whales they would consume, the market for Iceland’s whales decreased, since there is almost zero domestic demand. This reduced the number of exports of the Icelandic economy.

Nevertheless, the benefit of stopping this practice has become increasingly obvious to government officials. For instance, Ms. Svavarsdottir, who is part of the Left-Green Movement, cited the killing of only one whale in the last three years as evidence that there is no economic benefit from whaling.

Additionally, new challenges have been presented in the market. For instance, social distancing due to the pandemic has made processing plants less efficient, and the extension of a no-fishing zone has increased the price of whale hunting and production.

In recent years, whaling has actually been proved to be negative for the economy. For example, the US-based firm Whole Foods stopped marketing Icelandic products after whaling resumed in 2006.

In the whale industry, tourism is the biggest benefactor, attracting hundreds of thousands of excited tourists hoping to watch the majestic animals.

Previous How Does Sleep Improve Your Life?
Next My School Experience in China