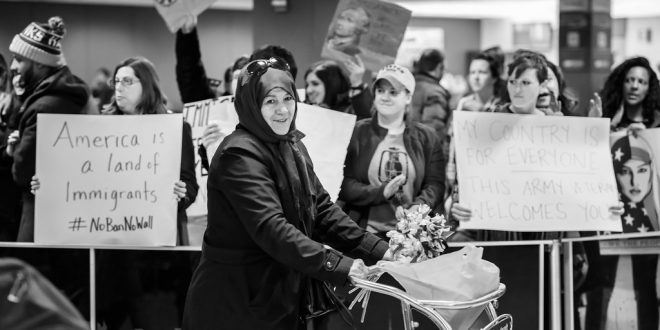 Within the past few months, the internet has been overflowing with lurid stories and jaw-dropping accounts of the conditions in immigrant detention centers. These areas of confinement lack access to materials necessary to maintain basic hygiene and the atmosphere is excruciatingly uncomfortable. As awareness of these horrifying ‘concentration camps’ have spread, citizens and politicians alike have spoken out in criticism of the harsh treatment.

The unsustainable overcrowding and unlivable conditions in the detainment centers has overwhelmingly been a result of Trump’s crackdown on illegal immigrants, sparking a new wave of ICE raids. This has caused the numbers staying within detainment centers to skyrocket past their intended capacity, thus creating resource limitations and unneeded suffering.

Though the situation is obviously dire, President Donald Trump’s reaction does not seem to reflect the urgency of the problem. He tweeted, “Sorry, can’t let them into our Country…If too crowded, tell them not to come to USA, and tell the Dems to fix the Loopholes – Problem Solved!” In two quick sentences, he defended his actions and its consequences while throwing his political opponents under the bus. On the other hand, Vice President Mike Pence visited several detention centers to observe the conditions there, explicitly ordering the institutions to keep the typical conditions of the centers rather than additionally sanitize or clean up the area. After his visit, he described the situation as unacceptable, and proceeded to call for increased funding from Congress.

Top politicians in our country need to learn from their counterparts in terms of recognizing the consequences of their orders and actions. By ignoring the problems and pretending their legislation is completely effective, the real-life implications of their actions are neglected and people continue to suffer. Although no one likes to admit that they can do wrong, it is important to realize the first step to restoring one’s image is by admitting that everyone has flaws. In this case, only when top-level officials (such as Pence) recognize their mistakes can the needs of typical citizens be acknowledged once again.