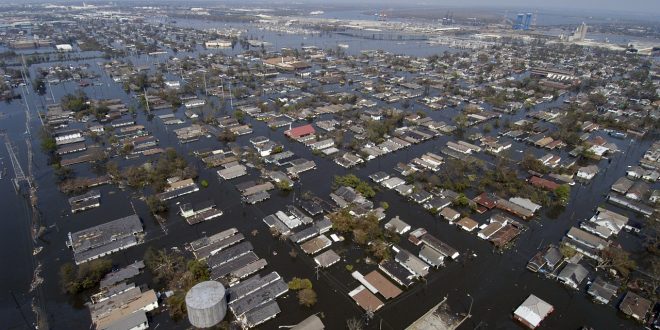 Tropical storms, or hurricanes, have always been a problem of the American south. Since the 2000s, these swirls of 140 mph winds and whipping rain has caused hundreds of billions of dollars in damages since 2000. Hurricane Harvey have not only left the southeastern coast of Texas flooded, but can also have devastating effects on population through the long term effects.

One such example, is the rise of mosquito-borne diseases in the areas affected by the hurricane. After the devastating Hurricane Katrina, cases of West Nile Virus, Dengue, and Zika doubled due to more people being outside of their homes after they were forced to run from floodwaters. Stagnant pools of floodwater that can’t evaporate or go back out to sea are popular breeding grounds for mosquitos, so one must watch out for bugs after a serious storm.

The very experience of being in a hurricane can be life-changing. Cases of PTSD, or post traumatic stress disorder, rose sharply after Katrina, and the amount of people tested positive for suicidal thoughts tripled from 2% to 6%. It is not easy, feeling helpless in your homes or surrounded by floodwater, and being bashed by the winds and rain in all directions. To combat such occurrence, we must stay strong and be prepared both physically and mentally, and depression is expected to rise in the wake of Harvey.

Mold is one of the largest culprits for damages after a storm. Evacuees are typically about 2 to 3 weeks away from their homes after a devastating storm. With wooden homes drenched in water, mold can grow freely and spread to all parts of the house. Long time exposure to mold can exacerbate other health problems, and can even be fatal if you are allergic. It is best to inspect your homes for mold damage before you move back in.

Lastly, a serious long term problem is the leakage of pollution into the water and local ecosystem by large chemical plants or factories in the region. In the aftermath of Hurricane Harvey, a chemical plant producing liquid organic peroxide, a highly flammable liquid, exploded, and many chemical plants and oil refineries in the area flooded, releasing tons of tar, sludge, and other residue from oil tanks. This may deal long lasting damage to the ecosystem of southeastern Texas.

Hurricane Harvey is yet another storm that has brought more dangers to both the people and animals living in the region. We should pray for the situation in Texas to get better, and with this information, we would know what potentially harmful objects if such disaster was to happen to us.