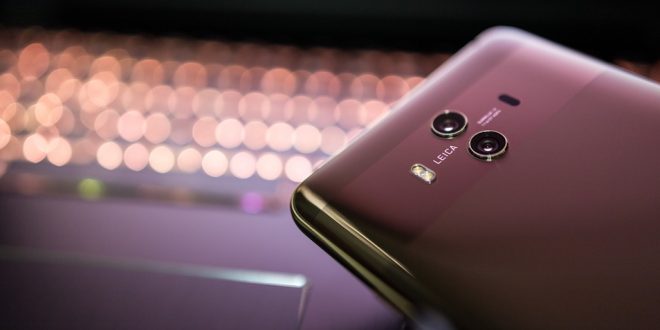 Huawei Technologies unveiled a $2,600 folding smartphone called “Mate X” that is primed for fifth generation, or 5G connections, on February 24.

The tech giant said it had taken the lead on developing phones for 5G, which promises super-fast Internet speeds for consumers. Network operators seeking to quickly deploy the new wireless networks are in a bind as Huawei’s 5G equipment is seen as being considerably more advanced than its rivals.

The company has 180,000 employees in 170 countries and counts 45 of the world’s biggest wireless carriers as customers.

“This phone is not only for today but also for future 5G. On all the benchmarks you can see the performance, the speed is the fastest for 5G in the world,” said Richard Yu, head of Huawei’s consumer business group.

Yu said the Huawei Mate X will have two back-to-back screens which unfold to become an eight inch tablet display. Mate X would be able to download a one gigabyte movie in three seconds. It will set a new upper limit for consumer smartphones when it goes on sale later this year.

This announcement comes even as the U.S. pushed to bar the Chinese company from networks over security concerns.

“[The ban] is not necessary and should not be released,” said Huawei founder Guo Ping. The company is confident its issue would have little impact, as it is still the leading supplier of wireless mobile network equipment worldwide.

“In 2018, Huawei had revenues of over $100 billion. The share of US in this is really small. That means the US market can be ignored by us,” Guo said in press conference.

However, U.S. officials suspect Huawei’s products could be used to spy on Western governments and have severely restricted the company’s presence in the U.S.

The U.S. considers the matter urgent, as companies around the world are preparing to roll out their 5G networks. Trump is reportedly considering an executive order to stop the Chinese firm from selling advanced equipment in the US.

“We have never and we are not and we will never allow backdoors in our equipment and we will never allow anyone from any country to do that in our equipment,” Guo said through an interpreter. “Huawei needs to abide by Chinese laws and also by the laws outside China if we operate in those countries. Huawei will never, and dare not, and can not violate any rules and regulations in the countries where we operate.”