Home / Health / How to Convince an Antivaxxer 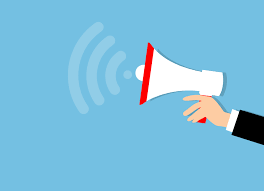 How to Convince an Antivaxxer

Last week, the topic of discussion was measles and how deciding not to vaccinate is contributing to its return. However, only a small percentage of people (1-3%) are staunchly in opposition to vaccinations; these people are commonly called anti vaxxers. Others who decide not to vaccinate their children are in a group named “vaccine hesitant”, which can include up to 30 percent of the population. It is these people who can be easily convinced about why vaccinations are so important to the health of children, and this article will explain the best ways to go about doing so.

1) Keep in mind that not all people who decide not to vaccinate are “anti vaxxers”. Continuing from what was mentioned previously, most people’s decision not to vaccinate their children is not supported with research denouncing vaccinations. Instead, they are just ignorant to what the effects might include. These people are unsure whether it is safe to have a foreign fluid inserted into their body just because it is a societal norm. It is these people that need to be informed about all the research and medical support that prove the benefits of vaccines. By showing these people the truth, a big shift in societal mindset can be reached.

2) Keep cognitive biases in mind, and use conformational bias to your advantage. Many people begin to believe that vaccines do not work after a false correlation. For example, about the time that children receive their MMR vaccine is when the early signs of autism begin to emerge. Sometimes the body has a serious adverse reaction to the vaccine. Making these connections between vaccines and health risks is enough to confirm in the minds of many that vaccines are dangerous. That is why using confirmation bias to your advantage is a strategy that is often successful. Instead of disproving these people’s viewpoints through scientific studies, show them negative impacts of diseases such as mumps and measles through images, providing a concrete example of why these diseases are so important to be eliminated through vaccines.

3) Tell real stories about real people. Statistics on their own are not very compelling to the general public, and in order to create the emotional impact, it is important to add anecdotes to the equation. The story is beneficial, as it gives the “vaccine hesitant” person a real world view on what problems the vaccines introduce. Reveal the negative impacts that vaccines have not only on the individual, but on society as a whole: the less vaccines are administered, the weaker the effect of “herd immunity”.

4) Finally, make the environment as comfortable for the other person as possible. Only when the other person is in a non hostile environment will they begin to open up and accept new ideas. The Canadian Pediatric Society has already introduced this method, by starting with “motivational interviewing”, which just discusses parents concerns in a non-judgemental way. You then seem less confrontational, and they then are more willing to hear you out.

Vaccinations are incredibly important to the general health of the public, and making more parents aware of these benefits will make a big difference.

Previous The future is here – with HoloLens 2
Next What IS Acid Rain?