Home / Lifestyle / How to be an UPstander 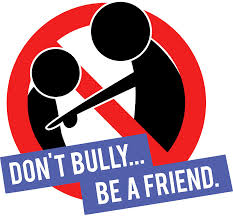 How to be an UPstander

On a sunny day, Mary was going out for a bike ride, but she wasn’t very joyful about it. She knew that every time when she was out in the park she would be stared at and bullied by the older girls because of the huge owl necklace given by her great-grandmother that she always wore. And true enough, Mary’s bicycle was stopped by the group of older girls crowding around her, spitting on her and shoving her around. Although Mary struggled to speed away, the wall around her trapped her like an animal in a cage. And just before things got very violent, Ashley, Mary’s best friend, stepped into the crowd and responded to the unfair treatment given to her best friend.

“Listen up! I want you all to stay away from Mary from now on. She’s a good girl and a very nice person, and you guys just don’t have the guts to realize that. Also, I’ll make sure you guys get the punishment you deserve if you continue this.” With that, Ashley helped Mary push her bike away, leaving the other girls shocked and still. Through this, Ashley had shown the most important trait of being an UPstander: Stand up to the people that are hurting others. Besides standing up to someone, getting help and anonymously assisting someone can also be ways to stop bullying.

First of all, everybody knows the meaning of standing up to someone, but they just don’t have the courage to do so sometimes. In order to be an UPstander, you must really be selfless and step in with bravery. The bullies won’t bother you and will lose all their power if you speak out to them. Bullies are the kind of people that try to grasp on to power and pretend they have it, while all they have is a bad attitude. You can get control of the situation easily if you act tough and make the bullies think twice about the pain and anguish they are causing. Consequently, this prevents the person or persons being bullied from getting hurt anymore.

Next, being an UPstander doesn’t just mean standing up to someone, but it also means making an effort to get help from a trusted adult. For example, there are times that you can’t handle a situation by yourself. In that case, you should ask an adult to help you with the problem. Adults have more authority and grip over adolescents. They can arrange a conference with the bully and the person being bullied in order to settle the conflict, too. In conclusion, adults are definitely people that can stop bullies if you can’t make the situation better yourself.

Third, if you seriously believe that you can take the issue into your own hands and settle it down a little yourself, then lending a hand anonymously can also make you an UPstander. What does it mean to lend a hand anonymously? It means that you are not be involved in the conflict, but you talk to a teacher or any other trusted adult to let them be aware about the conflict. This is an effective way of preventing bullying because it prevents violence and provides a peaceful way of settling things right. More importantly, it insures your safety from social bullying, cyberbullying, physical bullying, and verbal bullying, too. Also, it’ll lift a burden off your shoulders if you really want to promote welfare, but you feel that somebody else can deal with the situation more adequately than you. In short, anonymously preventing bullying is as effective as doing it while being known that you are doing it.

Lastly, bullying is terrible and outrageous because it makes someone else feel more superior at another person’s expense. So, if you help the fight to stop bullying, there won’t be any physical fights, hurt feelings, or any other horrible effect of bullying.

Be an UPstander. Be a superhero!