Home / Health / How Does Coronavirus Spread? 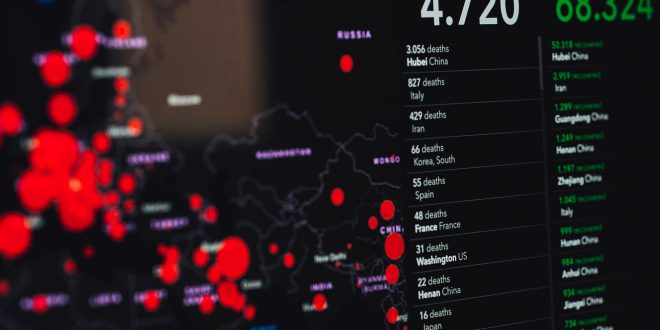 How Does Coronavirus Spread?

Researchers are investigating how the coronavirus has spread to the extent that it has now. Currently, there are multiple theories being put forward by scientists:

First, since people have postulated the new coronavirus is derived from bats, one possibility is the virus had the opportunity to enter the densely populated areas because people consumed bats or civet cats. A video about eating bats was found out and distributed, and it mentioned that some groups of people have habits of eating bats. Later, it turns out the video was taken a few years ago by a tourist, and the assumption that it was a common habit wasn’t true. However, the current outbreak quickly reignited such suspicions.

Since the virus attacks the lungs of the person, causing severe pneumonia, another mode of transportation could be through droplet or airbag glue infection. The virus enters the body from the respiratory tract. People started to use masks to prevent droplets from entering healthy people, and to prevent the droplets from being spread into the air by infected people. If everyone wore a mask, the disease could be isolated. Yet it seems to be ineffective, likely due to people letting down their guard at times, or perhaps due to another path for transmission.

In addition, the virus could stick to clothing or skin, and lurk on the people who go out. How would the virus enter the lungs or respiratory tracts from clothes? From skin? If from the skin, taking a hot shower when getting home is likely helpful. A family was in the same emergency building that the first coronavirus victim in Seattle died in. When his family got home, every family member took a hot shower twice, and they were unaffected.

Is it from the eyes? There was a video report that Dr. Joseph Fair, virologist and epidemiologist got the coronavirus because he was infected through the eyes on an airplane. After careful reflection, he concluded that he did not wear goggles on the plane, and the virus entered through contact with his eyes. He said “I wore a mask and gloves and disinfected myself with the correct disinfection method, but I did not wear goggles, and finally I was infected with the virus”

Scientists also found the virus in the patient’s intestines and stool. Thus, it might be the digestive system that gets infected by this virus. It’s possible that the virus enters the human body through the nose, mouth, and eyes, and travels throughout the body through the circulatory system, attacking various organs of the body including the lungs causing the symptoms of pneumonia to appear. Other organs that do not show symptoms also have virus distribution, which triggers the attack of the immune system and forms an inflammatory storm.

We need to find out the spread and pathogenesis of this virus to better protect ourselves. Since we don’t know exactly how the virus attacks people, we should protect ourselves from all the possibilities by taking measures to ensure our health, including wearing masks, face shields, and goggles, taking hot showers, and disinfecting clothes and surfaces.