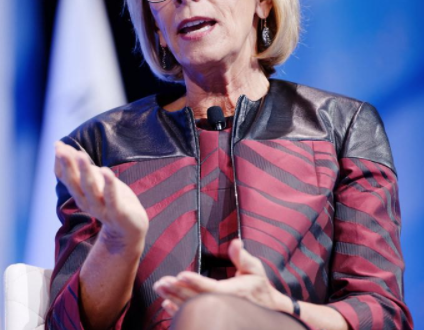 Imagine attending school online, fitting classes into a busy work schedule to allow yourself to find the perfect balance between work, academics, and family time. This is the dream that Amy Kennedy-Palma lived in five years ago when she enrolled at Everest College. For Kennedy-Palma, Everest College offered everything she could ever dream of: she only had to “attend” the online classes for four hours a week, and Everest recruiters promised her that they would even network with future employers to help Kennedy-Palama get a high-paying job. Of course, they would handle all the student loan paperwork as well.

However, one term away from earning her degree in criminal justice, Kennedy-Palma was suddenly locked out of her school account. Just like that, the romantic dream was over. In fact, the Department of Education had discovered the shady business dealings behind Everest College; the school “falsified job-placement data it used in marketing to recruit students and allegedly altered grades and attendance records” (Camera). Corinthian Colleges Inc., the company that owned Everest and other for-profit colleges, shut down all its campuses soon after, leaving thousands of students like Kennedy-Palma academically stranded. Furthermore, students found themselves saddled in debt, as Corinthian Colleges Inc. had cleverly hidden their financial records.

Luckily, there was still hope for people like Kennedy-Palma. Borrower defense- to-repayment allowed students who had been defrauded to have their loans forgiven. This measure had been implemented during the Obama administration.

Unfortunately, current Secretary of Education Betsy DeVos has paused the borrower defense-to-repayment policy, arguing for “regulatory reset”—essentially pushing for deregulation. In response, congressional Democrats have spoken out against DeVos’s actions, and renegotiation sessions are planned to take place in early 2018. Regardless of the outcome, the rise and death of for-profit colleges such as Everest College became “one of the biggest scams in the history of higher education, one that saddled students with hundreds of millions of dollars of debt and one that elevated obscure higher education regulations, like borrower defense-to-repayment, to national prominence” (Camera).