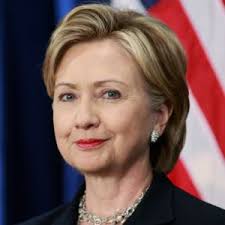 You’d think as a potential first female president, she’d be capturing the majority of women’s votes. Sorry, Hillary, but the recent New Hampshire primaries has seen your opponent, Bernie Sanders, taking 55% of the female vote, leaving you with a mere 45%. And of these women, specifically those that are under 45 years old, 70% voted for Bernie.

What’s this seemingly surprising lack of excitement over the possibility of the first woman to hold the presidency in American history?

It’s not to say this subset of voters is not excited by the prospect of the first female president. Certainly, it’s high time for America to see a female assume the presidency — but only if she’s the best candidate for the job. For now, these millennials, many of whom are staunch feminists, vote for whoever they see is the best fit to lead, even if the vote is cast for a 74-year-old male over a female. Similarly, millennial females who vote for Clinton vote for her ideas, not for her gender alone.

In the recent democratic debate between Sanders and Clinton, moderator Judy Woodruff mentioned the statistics of women voters leaning more toward Sanders, and asked Clinton why as women, they were not supporting her as they would be expected to. Clinton replied by stating that she did not expect her gender to vote for her based on their ties as women, but as supporters of her beliefs and ideas.

Young female voters recognize that solely voting for a woman because she’s a woman is a step back in the push for gender equality. Relying on that sort of reasoning would devalue a female leader’s character, ideas, and intelligence. Said Carly Fiorina after announcing her exit from this year’s presidential race: “Do not let others define you. Do not listen to anyone who says you have to vote a certain way or for a certain candidate because you’re a woman.”