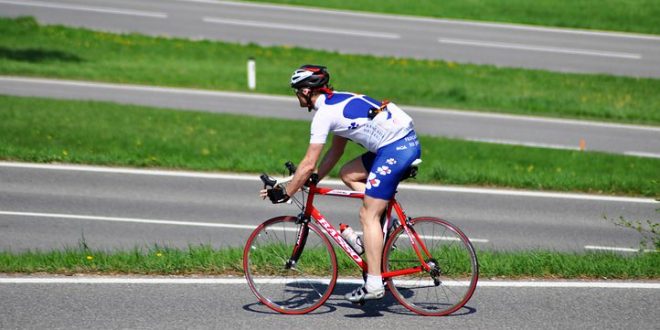 Is it risky to wear earphones when biking? Driving along popular biking roads, we often see cyclists wearing headphones in the city. For many people, it’s crazy. In urban areas, it is already risky enough to bike, and wearing earphones only makes it much more dangerous. It’s not uncommon to hear of a cyclist who was hit by a truck or car. In several instances, cyclists would be wearing earphones. Apparently, they didn’t hear the traffic around them when the accident happened.

But still, many people disagree, claiming that earphones will not completely shield out all environmental sounds, and therefore the driver is to blame for such an accident. Many say that in terms of safe cycling, hearing is not the most critical sense. While this argument is somewhat true, the cyclist should have been more aware of their surroundings.

In any case, most states in the United States do not prohibit the use of earphones when riding their bicycles. Five states allow bikers to wear one earplug, and four other states ban earphones while riding. So how dangerous is it really to be listening to music while cycling?

In one study, people listening to music on the iPhone were able to identify shouting or a car horn 9 meters away. The conclusion states that the normal headset does not completely shield the surrounding sound, and riders can still hear others’ warnings, but in a realistic situation, 9 meters is a short distance to stop, especially for larger vehicles.

In addition to dangerous traffic, riders can still fall victim to the extremely loud noises a headset can put out. Permanent hearing damage starts at around 85 decibels, which is only around 70% of the maximum loudness a typical mp3 player can get. Added to the 70 decibels of a busy street, and you can start to develop permanent hearing loss.

While it is fun and relaxing to listen to music while biking, many factors can lead to an unfortunate ending, but as long as you are aware, and don’t turn your volume up, you should be safe while cycling.