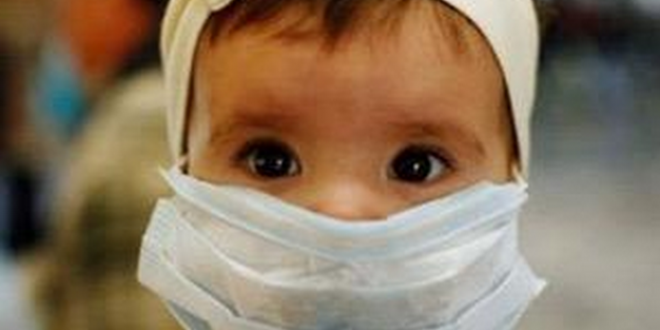 Haze has become a serious issue in China, and more and more people are realizing the damage of haze. 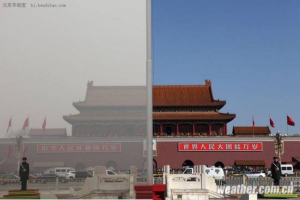 According to the scientific definition, haze is an atmospheric phenomenon where dust, smoke and other dry particles obscure the clarity of the sky. It is an airborne mix of air pollution, dust, and smoke that impairs visibility and interacts with the natural environment. According to the current status/analysis of fog and haze from the Chinese government, the cause of haze and fog in China is the nation’s incorrect development method, inappropriate industrial structure and abuse of energy.  Thus, this causes a huge amount of pollution. Haze and fog bring negative influence to the weather, environment, health, and economy. For example, it leads to acid rain, which damages soil and buildings. It blocks and absorbs sunshine, which decreases visibility, and affects traffic. Also, hazardous particles in the air causes and exacerbates diseases. Respiratory and heart diseases are especially harmful to children.

In fact, many other countries encountered haze issue and the issue can be solved. The industrial revolution in 1952 (Britain) caused the Great Smog in London. For the first four days, December 5th to December 8th, four thousand people died in London. It took Britain about three decades to solve the problem. In America, whose industry developed rapidly after World War II, two serious historic air inversions occurred. In 1948, the Donora Smog (town in Pennsylvania) caused twelve deaths and more than seven thousand people became sick. In 1943, the first recognized episodes of smog occurred in Los Angeles. America spent about five decades to deal with the smog issue. 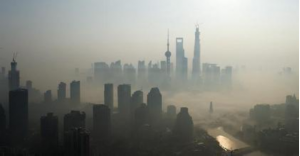 The Chinese government provides several major methods to mend the air pollution by reducing the discharge of pollutants because they believe that the issue can be solved. Firstly, they want to reduce the usage of coal, which creates the emission of Sulfur dioxide (SO2).  Secondly, they propose to decrease the use of cars by improving and encouraging public transport, and cut down the selling or using of private cars. Thirdly, they want to encourage the rise of technology to find alternative resource of coal, increasing the utilization efficiency of energy.

As people become more aware of the environment, they can start protecting it by performing the smallest deeds to bring back the blue sky and fresh air.

Cindy is senior at Henry M. Gunn High School and is incredibly honored to be a part of the Rising Star Magazine team. She enjoys belting out Disney songs, playing piano, watching Chinese dramas, and babysitting. Cindy serves as California DECA's VP of Silicon Valley and is also the singing teacher at FCSN and the President of HEARTS Nonprofit. She can be contacted at cindy@risingstarmagazine.com
Previous Live a Dignified Life
Next Intolerance in the Land of the Free