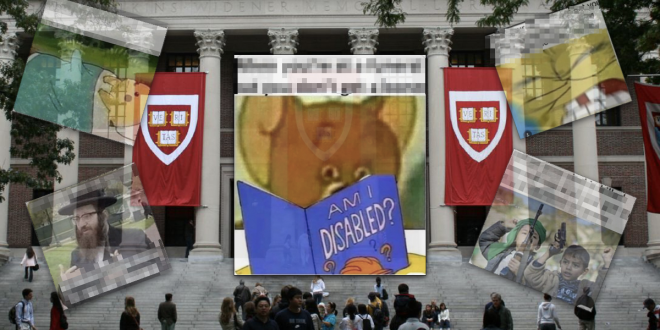 In mid-April, Harvard University rescinded the acceptance offers of 10 students after administrators learned that the students had shared obscene memes in a private Facebook group. The Facebook group was an offshoot of the official Harvard Class of 2021 group, which stated, “we are not responsible for any unofficial groups, chats, or content within,” and “Harvard College reserves the right to withdraw an offer of admission under various conditions.” According to a Harvard spokeswoman, one such condition is “if an admitted student engages or has engaged in behavior that brings into question their honesty, maturity or moral character.” Some names the group was titled include “Harvard memes for horny bourgeois teens” and “General F***ups,” and contained material mocking subjects such as the Holocaust, pedophilia, and racism.

Harvard College spokeswoman Rachael Dane told CNN that the university does not comment publicly on the admission status of individual applicants. The news looked especially grim, as the college admitted 5.2% of applicants to the Class of 2021, accepting 2,056 students of the 39,506 applicants.

Roger is a junior at Carlmont High School in Belmont, California. Roger serves as an officer of Help Everyone and Remember to Share (HEARTS) non-profit. Roger founded the first California Business Professionals Association (BPA) club at his high school and is active in other STEM related clubs. Outside of his busy school schedule, Roger practices karate, plays saxophone, reads, and volunteers for several worthy social causes in the US and China. Roger is extremely honored to serve as the News Column editor for the Rising Star Magazine.
Previous Every Action Has a Reaction: Trump Administration on Recent Syrian Chemical Attack
Next HP Keylogger