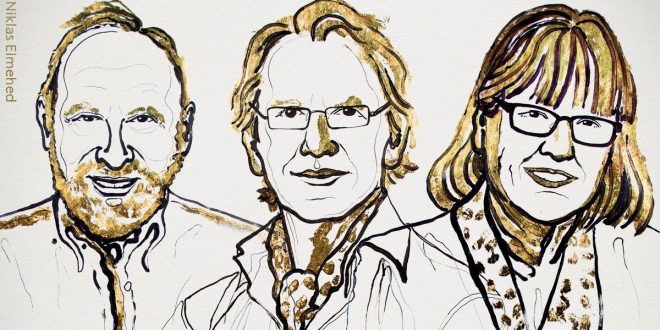 The 2018 Physics Nobel prize has been just awarded to 3 physicists for work on lasers. Professor Arthur Ashkin, the inventor of “Optical Tweezer”, receives half of the award while the other half is shared by Professor Gerard Mourou and Dr. Donna Strickland for their breakthrough in generating high-intensity ultra-short laser pulses.

Ashkin’s work focused on the invention of using light beams to move small objects, also known as “optical tweezers”, which use the pressure from a highly focused laser beam to manipulate microscopic objects, including living organisms such as viruses and bacteria. Optical tweezers can turn, push, and pull things; researchers use it daily to study DNA and proteins. They are incredibly useful, particularly in biology to examine and manipulate cells, bacteria, and viruses for unprecedented exploration. The tweezers work by trapping miniscule particles with a repelling or attracting force.

Principle of the Optical Tweezer 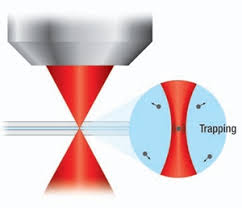 Mourou and Strickland have pioneered the work to generate high-intensity ultrafast laser pulses. In her doctoral thesis, Strickland invented with Mourou a technique called the chirped pulse amplification (CPA). A short laser pulse is stretched and its intensity is reduced in this process. The stretched pulse is then amplified and compressed again. By compressing it, the intensity increases dramatically. The original limitation on the laser intensity is gone. Thanks to Strickland and Mourou’s technique, lasers have gotten more and more powerful as well as more and more precise. The work has had a wide range of real-world applications, enabling manufacturers to drill tiny, precise holes and allowing for the invention of Lasik eye surgery.

Principle of the CPA 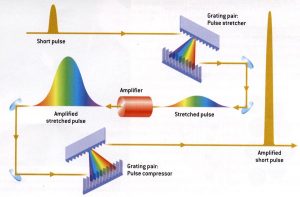 These scientists have truly revolutionized laser physics and its applications. Over the last six decades, laser – originally LASER, an acronym for Light Amplification by Stimulated Emission of Radiation – went from being a borderline science fiction idea to being used in everyday aspects of society, from supermarket scanners, Face ID to high precision surgery.

Notably, Strickland is only the third woman to win a Nobel prize in Physics, after Marie Curie in 1903 and Maria Goeppert-Mayer in 1963.