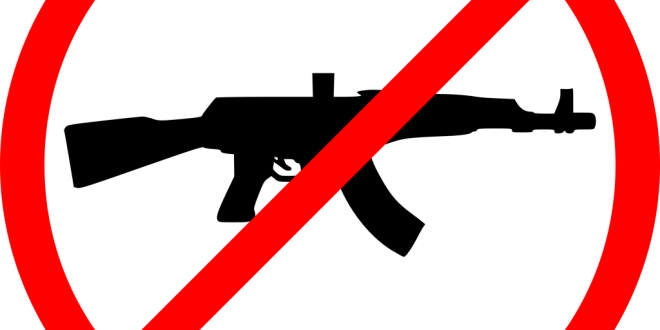 After the tragic incident that occured in Parkland, Florida, many people, as well as the federal government, are starting to think about tightening gun control. But what are the benefits that gun laws will bring and what costs will these laws also have?

On the other hand, it is suggested that gun control laws do not deter crime. A study found that “assault weapons bans did not significantly affect murder rates at the state level and states with restrictions on the carrying of concealed weapons had higher gun-related murders” (ProsCon.org).  In many other countries where guns are banned, stabbings increased and the usage of other non-gun weapons increased. Along with this, gun control laws will not prevent criminals from obtaining guns from illegal providers. From research done on mass shooting incidents that occured in the U.S., out of the “143 guns [that] were possessed by the killers [only] about 75% [were] obtained legally” (ProsCon.org). Criminals will still be able to get their guns illegally, so severely restricting or banning guns will not have as much of an effect as people think. Along with this, if the people give the government the right to ban guns, people would not only be losing an individual right granted by the Second Amendment but also giving the government more power that could possibly lead to tyranny.

Due to these vehemently conflicting viewpoints on the benefits and costs of gun control, the government does not seem to be able to take action. Currently, many proposals for assault weapon bans and stricter background checks have been turned down, along with a proposal to arm teachers.

Let us hope that the 17 children that died in Florida did not die in vain.

Roger is a junior at Carlmont High School in Belmont, California. Roger serves as an officer of Help Everyone and Remember to Share (HEARTS) non-profit. Roger founded the first California Business Professionals Association (BPA) club at his high school and is active in other STEM related clubs. Outside of his busy school schedule, Roger practices karate, plays saxophone, reads, and volunteers for several worthy social causes in the US and China. Roger is extremely honored to serve as the News Column editor for the Rising Star Magazine.
Previous Shree Mahendra Gram Secondary School
Next Internet and Renaissance