Home / Sports / Group Projects: A Blessing or a Curse 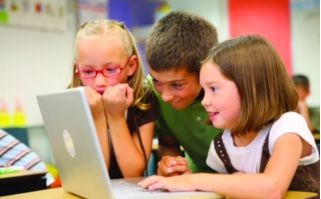 Group Projects: A Blessing or a Curse

Compare these two scenarios. Number one: Staying up until 1:00 am at night, frantically scrambling to create a twenty minute presentation that your group members were supposed to have done the day before. Number two: Meeting up with your classmates on a sunny Saturday afternoon to do research for a science project, and being productive while interacting and having fun.

Both scenarios describe something that can be either engaging and enjoyable, or tiresome and boring for high school students – group projects. Every year, students usually have at least a few group projects in various subjects. Often, these projects are worth a large percentage of students’ final grades, and some teachers even give final projects instead of final exams. This can be a boon or a curse, depending on students’ learning styles.

While some students love to work with others at every opportunity, and believe in the saying, “two heads are better than one,” it can be difficult for students who are used to working individually, or for perfectionists to surrender part of the work to a classmate. However, group projects also give students the opportunity to learn how to work with others, and to organize group dynamics so that everyone feels included and has a say in the final product. Group projects also allow students to work with people they do not know as well, and possibly make new friends.

However, many people tend to have less positive experiences with group projects. Students can often have arguments over the topic of their project, how to split up the work, and sometimes one student is left with all the work to do while other group members slack off. I myself once participated history project in elementary school, for which I was super enthusiastic about and interested in. I did lots of research, created my PowerPoint slides, and even wrote some short plays about the topic for my group to perform. My PowerPoint slides, however, were too long, and my classmates asked me to shorten them. At that time, I was angry that my friends didn’t appreciate the work I had done, but looking back, I can see that there was fault on both sides. They could have been politer in how they asked me to edit my part of the project, but I could also have been less stubborn, and allowed for a compromise. Although it seemed like the biggest problem in the world to my elementary school self, in the end, it was resolved, and I learned how to deal with difficult group situations.

However, I have friends who have not been as lucky as me. When groups are assigned, and projects are worth a large part of your grade, it can be frustrating when another group member doesn’t put in much effort. When the workload is unevenly distributed, projects can unfairly raise one person’s grade while pulling down someone else’s.

Then, of course, the nature of the project matters. A presentation on whether or not schools should have dress codes is very different from creating a mini windmill. When given a thought provoking prompt, projects can be the highlight of your year, and introduce you to new subjects you never knew you were interested in before. When the time management is good, and the members of the group are able to put aside their differences and put their brains together to make a creative and enjoyable project that everyone will enjoy, group projects can be an amazing experience.