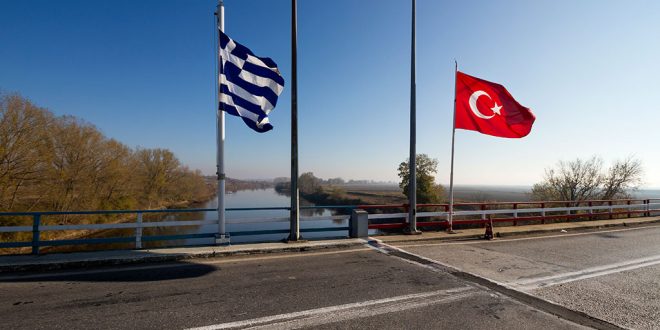 This year continues the new monthly traditions of increasing international tension as Turkey, a holdover site for much of Syria, Iraq, and Afghanistan’s refugees, opens its border for migrants to leave for the European Union.

Turkish President Recep Erdogan warned Europe the millions of displaced refugees Turkey is holding will flood Europe. The nearest Schengen zone country, where passport-free travel expands across 26 of the EU’s largest nations, Greece, have sent their military and special operations forces to bolster their forces on the border against Turkey. An estimated 35,000 migrants have amassed at the Greek-Turkish border since February and the crossings have seen much bloodshed. Fear for another influx of refugees and migrants like the controversial 2015 decisions is surfacing, and the stream of refugee seekers aren’t slowing as Russian-backed Assad governmental forces of Syria pushes into the last revel stronghold of Idlib.

Turkey currently is hosting 4 million refugees and the EU has so far been able to appease Erdogan through aid deals amounting to 6 billion Euros for the migrant crisis. However, Erdogan turned down a further 1.1 billion Euros of aid and it is theorized this move was made to pressure the European community over backing Turkey’s incursion to set up a “buffer zone” in Northern Syria, where Kurdish forces currently control. Turkey has also since launched a military operation in Idlib to push against Assad’s forces to stem the new wave of an estimated 1 million new refugees trying to enter Turkey from Syria.

The Greece port police, coast guard, and military units are reporting an increase in desperate attempts to enter the EU through improvised boats. Turkish forces have stood idle under order from Ankara as Greek border forces and migrants exchange rocks and tear gas.

Greece and Turkey have historically not been politically close. In the past decades, an increasing amount of border disputes are occurring in the Aegean Sea and Cyprus, where a UN buffer zone is established. This latest clash is just another theatre in the larger international tug of war between the European Union and the West, and Putin, for Turkey and its advantageous position as the crossroad to the Middle East. As for this situation, all parties are losing, but the refugees the most.