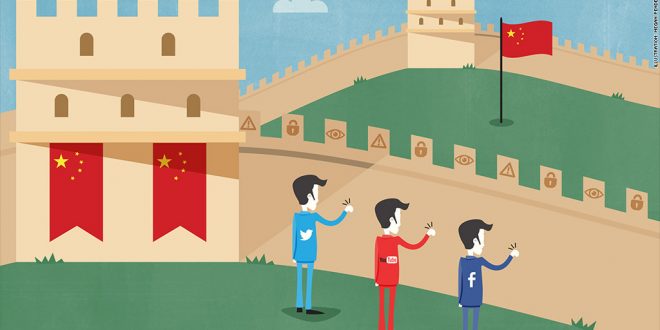 The Great Firewall of China

China is famous for its Great Wall. However, many foreigners are unaware that China also has an expansive wall over the internet, blocking many sites such as Google, YouTube, and Gmail. This firewall which many refer to as the Great Firewall of China began in 1997, where it was introduced as a way to prevent cyber crimes. However, while it has prevented access to certain criminal and illegal contents, it has also prevented access to many legal contents as well. This censorship deprives Chinese citizens from information and services that could have improved their lifestyle and welfare. There is also a risk of decreased global collaboration in all sectors that could hurt Chinese economic growth.

Many try to get around this firewall. Some resort to virtual private networks (VPNs), which encrypts their data stream going in and out of their internet devices and allow access to VPN sites which bypass the firewall. Unfortunately, the Chinese government has been cracking down on these VPN sites and shutting down more each day. Companies such as Apple have been forced to remove VPN applications from its Chinese app store. Internet hardware companies such as Cisco can only sell internet hardware that enforces the firewall in China.

Through the creation of this firewall, China has isolated itself from the rest of the world-wide internet. Not all is lost; the firewall has allowed many local companies to grow and substitute for those web services that were blocked. For example, since Google and YouTube are blocked in China, local companies Baidu and Youku have the opportunity to grow and become their Chinese counterparts. Amazon, Ebay, and many ecommerce sites have their own Chinese version to operate in China. The Great Firewall of China has created many opportunities for businesses, yet its effect on the welfare of the population as a whole remains questionable.

Share
Previous Ajax the Conservation Dog
Next The Importance of Sleep