Home / Global Environment / Government Shutdown: What happens to the environment? 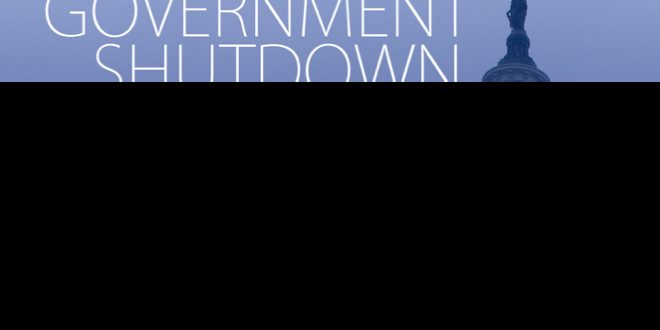 Government Shutdown: What happens to the environment?

On December 22nd, 2018, the US federal government partially shutdown at midnight due to a disagreement between President Trump and lawmakers on the topic of granting $5 billion for Trump’s border wall. The shutdown lasted for 30 days. This is now the longest shutdown in U.S. history, the longest being a 21-day shutdown under former President Bill Clinton (Abrams). This shutdown has affected 800,000 workers and many other Americans who rely on government services. It has also affected zoos, national parks, and other departments.

Due to the shutdown, Washington National Zoological Park closed its gates on January 2nd. This zoo is under the Department of the Interior and has exhausted their pre-existing funds after opening through New Year’s Day. Regardless of the shutdown, the animals at this zoo still need to be taken care of. According to the National Zoo spokeswoman, zookeepers will continue to provide the same level of care for the animals (Khalil). However, only half of the employees have agreed to remain on the job; and the zoo animals have suffered as a result. These employees were not being paid due to the lack of funding.

National parks were also affected by the government shutdown. Many of these parks are being damaged and vandalized as maintenance staff are not getting paid. The most prominent example is at Joshua Tree National Park. Famous for the Joshua trees found in the American southwest, this national park faces increased vandalism from its visitors. Visitors have left large amounts of human waste and garbage, cut down Joshua trees, left graffiti, camped illegally, and drove off roads and even into the wilderness (Martichoux). Reportedly, visitors cut down Joshua trees to get around barriers. There is also an increased amount of camping in closed areas, which can potentially harm the wildlife residing in the park. Combined with off-road driving, the vandalism is directly damaging the national park and threatening its inhabitants. However, Joshua Tree National Park Superintendent David Smith comments that there were only eight law enforcement rangers covering the 1235-square mile park during the shutdown (Repanshek).

Other than zoos and national parks, government-funded research and development at the National Hurricane Center was also affected by the shutdown. The National Hurricane Center regularly updates their weather model to accurately forecast hurricanes. Because of the shutdown, research and model upgrades were stopped as many of the federal workers were furloughed. Agencies like the Environmental Modeling Center faced the same obstacle while global forecast models continued to fall behind the European model. Without these forecasting tools, we will be “less prepared when the next hurricane season begins” in May or June, according to Suru Saha, a computer modeler at the EMC. She also said that the time during the shutdown “is lost time that cannot be made up” and “will affect future operations” (Miller). Although Trump promised to shutdown the government again on February 15th if he does not obtain his funding for his wall, hopefully, this does not come into fruition and these research organizations will be able to forecast the next hurricanes and prevent civilian casualties and property damage.

In summary, the government shutdown has affected not only federal workers, but also wildlife at zoos and national parks, and the American people as they can potentially face hurricane season with little warning.