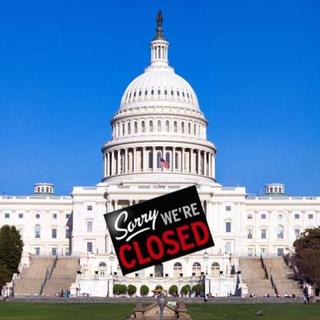 On January 20, 2018, one year after President Trump’s swearing-in, the government shut down. The shutdown was due to Congress’ failure to advance the Appropriations Bill, which decides the federal government’s funding amount and trends in the new fiscal year; the bill requires 60 votes to pass. However, the Senate voted 50 to 49 in favor of the bill, short of the required amount. The shutdown led to the temporary termination of certain governmental services as well as wage reductions for related government employees.

The Republicans and Democrats are separated by a chasm in terms of their attitudes on how to allocate funds. The Republicans, the party in power, is committed to boosting spending on defense and our military, including raising the budget for building a wall on the U.S.-Mexico border. On the other hand, Democrats are making efforts to push forward DACA, an executive order to protect young, undocumented immigrants. The disagreement in both parties resulted in the stalemate that led to the government shutdown.

Fortunately, after two days of shutdown, most of Senate Democrats voted along with the Senate Republicans for a proposal to fund the government until February 8. Sen. Mitch McConnell, the Senate majority leader, says he intends to include DACA in the new budget. Despite Sen. McConnell making no firm promises, the end of the government shutdown was due to the Democrats’ trust in his words. Nevertheless, the growing partisan conflicts still remain to be resolved.

Roger is a junior at Carlmont High School in Belmont, California. Roger serves as an officer of Help Everyone and Remember to Share (HEARTS) non-profit. Roger founded the first California Business Professionals Association (BPA) club at his high school and is active in other STEM related clubs. Outside of his busy school schedule, Roger practices karate, plays saxophone, reads, and volunteers for several worthy social causes in the US and China. Roger is extremely honored to serve as the News Column editor for the Rising Star Magazine.
Previous Pressurized Cabin
Next The Molai Woods: One Man’s Seeds