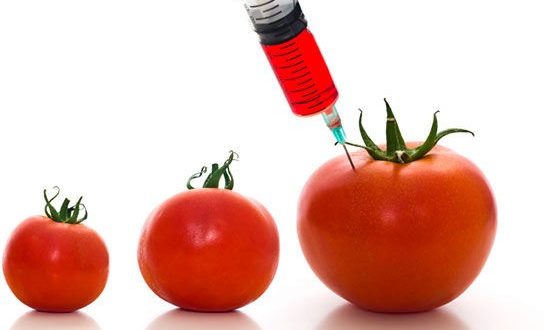 Genetically modified foods have been around since the mid-1900s. As the scientific understanding of how genes worked evolved, genetic engineering was first described in the early 1970s as a way to create desired traits using recombinant DNA technology, where scientists combine segments of two or more different DNA molecules together to form the most favorable crop. Throughout history, there were many innovations that people were hesitant to embrace, such as automobiles or antibiotics, but if we postpone the development of GM foods from pure fear, we’ll never develop our society to reach its full potential. Given our nation’s imminent needs for food, GM foods should be kept in our food supply because they can be produced at faster rates for growing populations, they help conserve many resources in our environment, and prevent shortages from occurring.

The role of GM foods in the global food supply should be fundamental function because they can be produced at a faster rate for growing populations. The area of land need to grow GM crops, as shown on Source C, is growing at a constant speed every year. Developing countries benefited even more from GM crops than developed countries, showing that these foods are helping people worldwide. Countries such as Brazil, India, and the Central African Republic, are in desperate need of cheap and efficient foods due to the miniscule amount of income each individual earns. Due to this, many people do not own a refrigerator to store fresh produce in. This leads to the purchasing of cheap, low quality foods, such as instant ramen, that could be left on out in a warm environment, without the need of chilling. These people are forced to purchase cheap foods, ignoring the nutritional value they provide. GM foods can be produced at higher quantities, with longer shelf lives. For example, bananas are known to ripen and brown very quickly. A genetically modified banana would not only brown slower, but would also be healthier for the consumer. Compared to the ramen, genetically modified bananas hold a much higher potassium content. GM products can address the refrigeration problem in many households, and provide the consumer with many health benefits on top of that.

Not only are GM crops grown at a faster rate, but also have many more benefits. As stated in Source D, GM foods provide, “Enhanced taste and quality, reduced maturation time, increased nutrients, yields, and stress tolerance, improved resistance to disease, pests, and herbicides” (Source D). The growing of GM crops conserves water, soil, and energy; and increases food security for growing populations. With regular farming, the amount of crops gathered is always unpredictable, but with GM crops, a population can be guaranteed a certain amount of their food supply, at a constant rate. Genetically modified crops are engineered to be pest resistant to become the most premium food source available. With the decrease in many resources needed in farming, such as pesticides, our environment can also benefit from the production of GM foods. GM foods result in many more positives than negatives. These cheap and plentiful foods fill the economy with resources, while decreasing the use of harmful pesticides.

Lastly, our environment can face many shortages at unexpected times. These changes lead to change in the amount of food that can be harvested. With the production of GM crops,    “‘problems that the world faces: [such as] water shortages and salination of existing water supplies, for example. GM crops should be able to deal with that’” says population biology expert, John Beddington (Source B). The amount of GM foods can always be maintained by engineers. There is no need to fear more shortages because GM foods can be produced to help the economy in times of need.  People need to be fed, one way or another. Conditions for many people can only improve once a shortage occurs, therefore the increase in production of GM foods needs to be made in order to improve the living conditions of the people. Genetically modified crops need to stay in the food supply to prevent further shortages from occurring.

Only a fool cuts himself off from all options and corners himself into only one. We have backup plans for natural disasters, for government shutdown, and for bombings. With the world’s growing dietary needs, the case cannot be stronger for the presence of GMO foods within our food ecosystem. We need to let GMO foods be our backup plan for food storage.

Genetically modified foods should be kept in the food supply because of their ability to be mass produced, they can be used to conserve many resources, and can help with different kinds of shortages. GMO foods, if anything, are a “Willy-Wonka” like invention that could change the lives of thousands of hungry men and women.

Previous Huge Oil Spill Near the Galapagos Islands
Next The Seatology: The Science Behind a Seating Chart