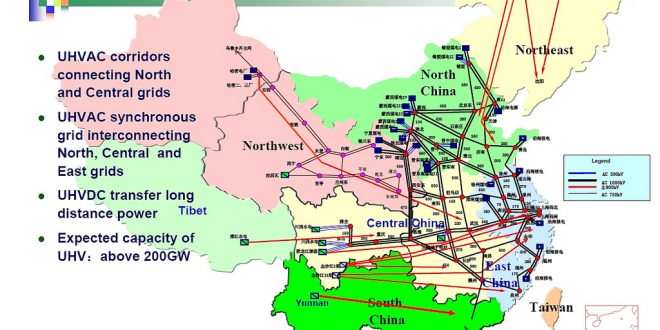 China’s always had ambitious plans, from when they wanted to build their great wall to their new plans to their plans to create a renewable energy power grid. Not only for themselves, but for the whole world. It’s going to cost more than 50 trillion dollars, and they want it done by 2050. Additionally, China has been buying up ton of energy company assets around the world, including assets from companies in Australia, Italy, Brazil, and the Philippines. The idea is to connect grids from all over the world and create a global grid. The grid is going to include wind farms in the North Pole, and solar farms across the equator. However, as extreme as it sounds, it seems like a decent plan if the world wants to move on the renewable energy. And if anybody other than China put this idea up, it wouldn’t get any kind of attention.

We all know how desperately the world needs new kinds of energy, and we can’t rely on fossil fuels and oil forever. This will carry future efforts for creating a world of renewable energy, and making the planet green and healthy for all future generations. It’s great that the world is pushing for renewable energy, and although it’s a bit late, better late than never.