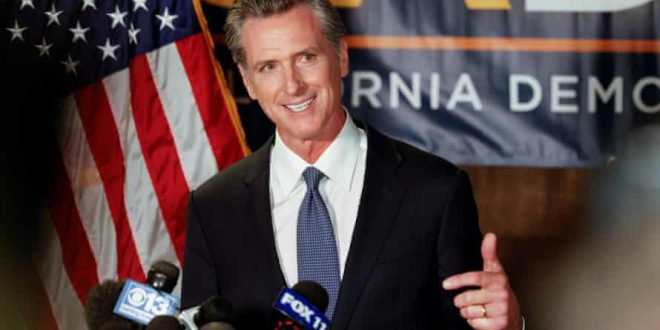 A Republican-led movement to recall California Governor Gavin Newsom was defeated on Tuesday, as Democrats in the largest American state consolidated their support for the governor.

Voters expressed their support for Newsom, whose lead grew exponentially as counting of ballots continued in Los Angeles County and other heavily-blue regions of the state after polling had ended.

The 46 recall candidates were led by Larry Elder, a conservative talk radio host.

The vote demonstrated the power of liberal voters in California. Republicans have not held statewide office since over a decade ago.

Resounding support for Newsom during the recall election also reflected the state’s remarkable recent progress against the coronavirus pandemic, which has taken the lives of over 67,000 Californians since its beginning. California now has one of the the highest vaccination rates out of all states and one of its lowest new case rates — which the governor has repeatedly attributed to his policies on vaccines and masks.

Although the recall was initially started based on opposition to his policies on the death penalty and immigration, the politicization of the pandemic ultimately blew it to the size it was, as people became tired of business shutdowns and school closings. In polls prior to the recall, Californians reported that the pandemic was the most pressing issue.

The Associated Press announced the victory of Governor Newsom less than an hour following the closing of polling stations on Tuesday. Newsom survived the recall in another landslide, similar to his election to office in 2018, with 66% of the eight million ballots counted by 10 p.m. PST on Tuesday voting for the Governor to stay in office.

In Orange County, Larry Elder conceded the election in a packed room of supporters.

“Let’s be gracious in defeat,” he said. “We may have lost the battle, but we are going to win the war.”

As the recall deadline approached, Democrats mobilised support for Newsom, with both President Biden and Vice President Harris declaring their support. Bernie Sanders and Barack Obama supported him in his commercials.

The victory in this race has provided Democrats with important momentum leading up to the Midterm elections next year.

Previous Sports in the Movies: Pride of the Yankees
Next How to Start a Small Business