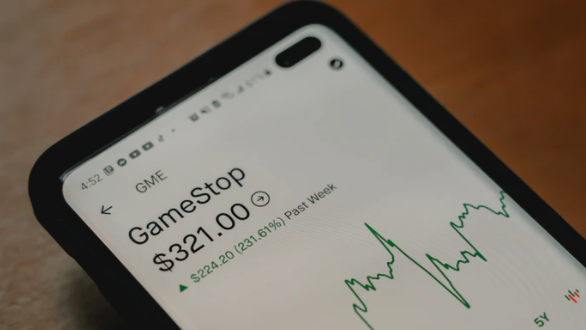 Since January, shareprices of Gamestop or ticker symbol $GME have increased almost 2,000%. On January 27, 2021, the price of Gamestop shares opened at +140% from the previous trading day to $356 a share. A day later, the shares surged up 40% again at market open, rising to as high as $513 a share during the pre-market session. This left many people wondering, “What exactly happened to the stock?”

According to online sources, retail investors on Reddit forum r/WallStreetBets are believed to be the ones that have been fueling the stock’s surge. Since late Summer of 2020, r/WallStreetBets member u/DeepF*ckingValue, or Keith Gill, has been repeatedly recommending $GME to the community and his Youtube channel. In his analysis, Gill argued that Gamestop’s digital sales had gone up significantly and it would have a massive advantage when new gaming consoles like the PS5 get released.

Meanwhile, Wall Street hedge funds like Melvin Capital and Citron Research have very pessimistic views on the stock as they believe that Gamestop, hit worse with the pandemic, is a guaranteed failure in the long run as more and more digital video game platforms emerge into the market. The hedge funds started shorting Gamestop, or in simple words, they would make money as the stock’s share value drops.

However, the hedge funds did miss one thing in their evaluation, that is, the short squeeze. According to Investopedia, “A short squeeze occurs when a stock or other asset jumps sharply higher, forcing shorters to buy it in in order to forestall even greater losses. This scramble to buy only adds to the upward pressure on the stock’s price.” r/WallStreetBets members found this “bug” in the system, and believed that once they all buy in a little bit on $GME, the shares would rise up, forcing funds like Melvin and Citron to buy in to prevent further losses, and push up the price even higher. Fortunately for the retail investors, this was the case.

As a result, short-sellers of Gamestop, the victims of this game, lost over $5.05 billion in their bet against the stock. Many claim that this event is a historic moment as retail investors beat institutions for the first time in open markets. However, it is unclear whether other big institutions had joined the retail investors’ side during the surge.