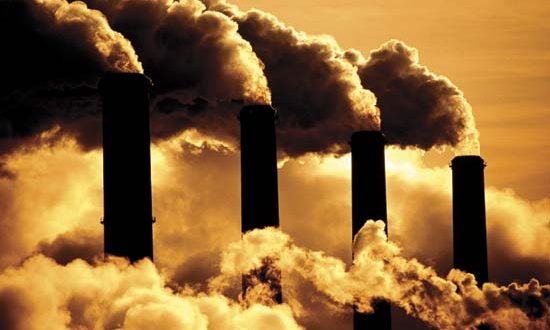 Fossil Fuel and Us 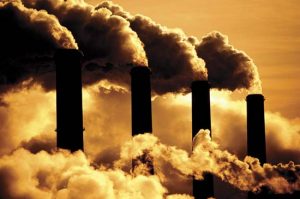 The agriculture industry in the United States lost over 2.8 billion dollars from damage done by fossil fuel emissions in 2002, according to the Carnegie Institution. Although some people may think that reducing the use of fossil fuels is too expensive and time consuming, in reality, it is more helpful to cut down fossil fuel consumption because it is beneficial to human health, the economy, and the environment.

Fossil fuel emissions can damage human health by causing diseases and in some cases, death. Emissions can include potent gases such as carbon monoxide, which causes headaches and potentially even death. Additionally, nitrogen oxides, can cause irritation to lungs, bronchitis, and pneumonia. Ozone, a combination of emissions, can cause lung damage, premature death, and the development of asthma. In addition, these atmospheric gases can take advantage of people who have weak immune systems. Many threatened by these dangerous emissions are outdoor workers. Global warming can cause natural disasters, which may kill hundreds and injure thousands more. Although this may not seem immediately threatening to the majority of the Earth’s population, a multitude of humans are still affected by this growing problem.

In addition, global warming as a result of fossil fuel emissions can cause economic problems such as costly natural disasters and devastation for businesses. Ocean acidification, for example, is damaging to the fishing industry by killing fish that could have been valuable revenue. The social cost of carbon, the damage done to health, the environment, and the economy, ultimately adds up to about $220 per ton, and we currently produce about 50 billion metric tons of emissions a year, causing us to lose over $11 trillion a year! Combined with natural disasters, a global environmental change can prevent crops from growing, destroying the livelihood of many on the verge of poverty. For example, in 2008, the Mississippi River flooded, causing an estimated loss of $8 billion for local farmers. Although abstaining from using fossil fuel energy can be expensive for an individual, it will become beneficial over time.

Although emissions in the atmosphere can affect humans, the lives of animals and other organisms are also ruined because of oil mining tactics, and deadly effects from the venting of dangerous chemicals. Oil mining tactics leave poisonous wastewater full of chemicals that hurt the organisms around it. The places where they mine have to be cleared out, which will change the habitat and cause organisms to lose their home.  Also, there could be an oil leak dumping thousands of gallons of oil into the ocean and destroy the surrounding habitats. Oil mining is only one of the numerous ways that fossil fuels harm the environment. Effects caused by emissions include acid rain, which limits nutrients, causes leaf damage, and releases toxic substances into the soil. Emissions cause global warming, which in turn, will also kill certain species of plants. Droughts, wildfires, and temperature increases will affect organisms.

The world depend greatly on the environment and fossil fuels are a big threat to it.

In conclusion, many people agree that we should reduce fossil fuel use. Even by carpooling, you can help change the environment. Although it may be costly, it will beneficial our health, economy, and environment.

Cindy is senior at Henry M. Gunn High School and is incredibly honored to be a part of the Rising Star Magazine team. She enjoys belting out Disney songs, playing piano, watching Chinese dramas, and babysitting. Cindy serves as California DECA's VP of Silicon Valley and is also the singing teacher at FCSN and the President of HEARTS Nonprofit. She can be contacted at cindy@risingstarmagazine.com
Previous Carl Friedrich Gauss
Next Pros and Cons of Standardized Testing