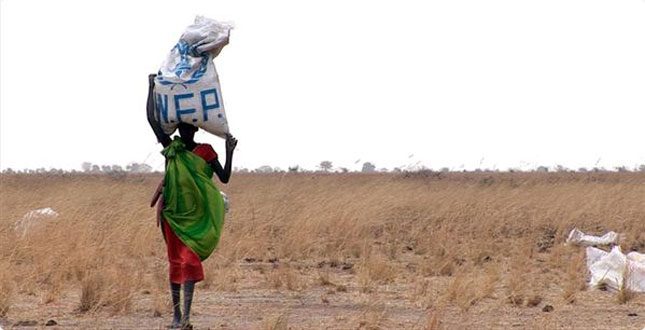 In 2012, Ethiopia received over 504 million dollars in foreign aid from the UK government. Since 2014, 20% of Rwanda’s economy is accounted for by unpredictable donor aid, which means they don’t know when — or if — aid will be given. Although in theory foreign aid may be beneficial for developing economies in Africa, in practice this heedless and reckless tossing around of mounds of money just perpetuates a system of corruption, over-dependence, and possibly an inability for these governments to rely on themselves for a long amount of time.

For one thing, there’s an obvious problem to this foreign aid solution: corruption. The idea that “let’s just blindly throw this money at them and expect them to act ethically and transparently at all times” is not only impractical, but virtually impossible. Why? Because when large amounts of money are handed out without abandon to government officials without strict regulations and laws regarding how the money should be spent, that’s where the trouble begins. Jose Eduardo dos Santos, President of Angola, is rumored to control a government rife with corruption; his daughter is reportedly the wealthiest woman in the country. No better is Teodoro Obiang Nguema Mbasogo, President of Equatorial Guinea and Africa’s longest serving ruler— his son has spent millions of state-funds on his personal collection of sports cars, jet planes, and (strangely enough) Michael Jackson memorabilia. Meanwhile, the vast majority of Equatorial Guinea doesn’t have access to education or clean drinking water. 80% of Africans make less than 2 dollars per day.

Some people have also accused foreign aid benefactors as perpetuating a European imperialism present in Africa since colonization in the 19th century. By constantly acquiescing to the demands of government officials without showing a genuine concern for the well-being of the countries they exploited for so long, European powers such as the U.K don’t show or take full responsibility in what their aid entails. Some corrupt government officials in African governments have gone so far as to demand that the foreign aid they are given should not be tied to any strings whatsoever and some European governments have complied, to the dismay of others.

The solution here is not a cold-turkey cutting off of all foreign aid to Africa, for this would clearly lead to a sudden shock in the economy accompanied by severe economic consequences. Rather, foreign aid contributors should gradually lessen the governmental aid amount annually to allow African governments to develop on their own accord. No solution is perfect, but at the very least, “first-world” countries should not deliberately ignore the fact that a significant amount of wealth is being fed into a cycle of corruption, even if it’s done with the “right intentions.”

Previous The Trip Back: Adapting to A Different School System
Next The Transition