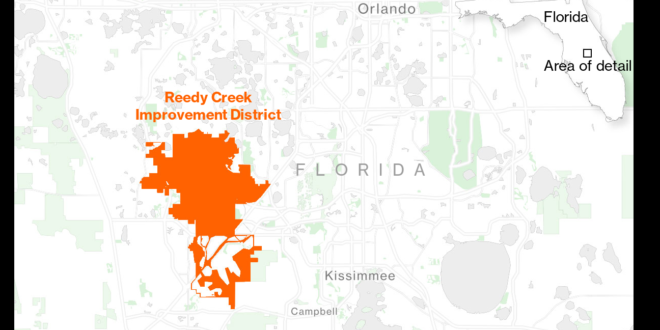 On Thursday, a Republican-led Florida legislature passed a bill seeking to rescind the special district status and associated privileges granted to the Walt Disney Company that allow it to act as a self-governing body within the outer limits of Orange and Osceola counties.

The bill passed the Florida Senate on Wednesday with a 23-16 vote and later passed the state’s House of Representatives with a 70-38 vote.

The proposal was first introduced on Tuesday by Republican state Senator Jennifer Bradley, but opponents of the bill have claimed that DeSantis is the driving force behind it. DeSantis is widely seen as a contender for the 2024 GOP presidential nomination, and is currently locked in a heated feud with Disney over the company’s open and public opposition to Florida’s HB 1557 law in March.

HB 1557, commonly referred to as the “Don’t Say Gay” bill, limits early education teaching on the topics of gender identity and sexual orientation.

Recently, the dissolution of Disney’s long-standing special district had not been a major topic of public discussion. Disney has occupied the district for 55 years, and the recent decision of reversing the district has led many opposition senators to question the timing and velocity of the bill.

“When Disney kicked the hornet’s nest, we looked at special districts.” Said State Representative Randy Fine to CNBC. “People wanted to deal with the special district for decades. Disney had the political power to prevent it for decades. What changed is bringing California values to Florida. Floridians said, ‘You are a guest. Maybe you don’t deserve the special privileges anymore.’”

Fine has also said that one of the objectives of the bill was to give Disney’s competitors in Florida, which include Universal, SeaWorld, and Legoland, a better business opportunity, because they do not have special districts to operate in.

Democrats in the Florida Senate came to Disney’s defense on Wednesday during a special session of the body.