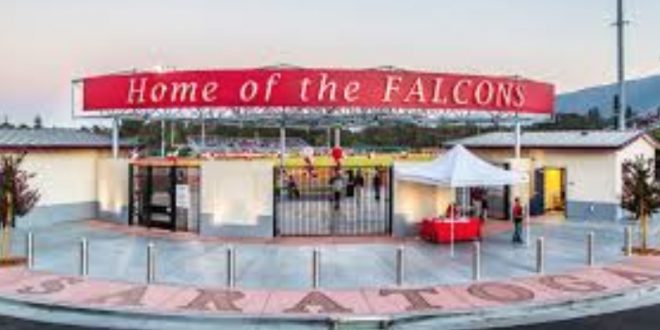 First Impressions at a New School

Founded in 1959 and known as School of the Falcons, Saratoga High is one of the oldest high schools in the Silicon Valley. Saratoga High is a public high school with 1,350 students and is part of the Los Gatos-Saratoga Joint Union High School District.

Our new music building was built last year sitting right next to our McAfee Performing Center. There is a giant quad in the middle of our school and students usually go there to eat lunch and hang out with friends. When it comes to PE, our school’s equipment and infrastructure is superb. We have a swimming pool, several tennis courts, a weight-lifting room, a baseball field, an upper football field and a lower one.

My favorite activity at school is playing in the marching band, which I joined on my first day of school. Even though this is my first year playing in a marching band, my overall experience has been great. It was not only about the marching technique and the music, but it was also about spending time with friends. The marching band really helped me learn to socialize with others. My music skills also improved along the way and, so far, our band has participated in four competitions and we won first place awards twice.

My school is highly competitive in academics and many, if not most, students earn top grades. It gets very stressful when students do not do well in classes. In many other schools, freshman year is usually not too hard; however, that is not the case at my school. Our school offers a variety of AP courses, and most students take AP courses. Some students even manage to complete six to eight AP classes by the end of their freshman year. My overall experience about my school has been great, even though it is academically challenging at times. I hope that my school experience will be even better going forward.