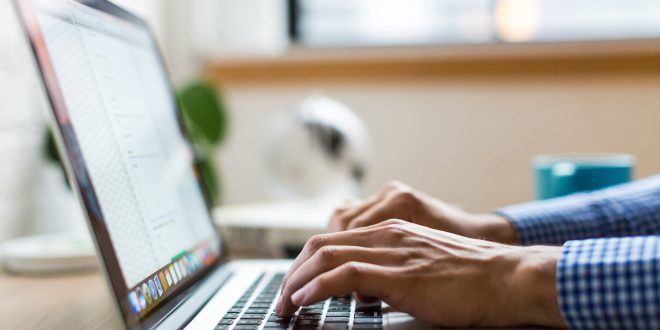 You may not have noticed it, but with an increased amount of online work, you’ve probably gotten better at typing over the past few months, allowing you to increase efficiency and productivity.

With that being said, how do you consciously increase your typing speed?

Don’t worry if your starting results are low compared to your friends — according to Ratatype.com, Americans have an average typing speed of just 41 WPM (words per minute).

The first step toward improving your WPM is making sure that you have the right posture. By keeping your back straight and elbows bent at a 90-degree angle, you expose your shoulder, arms, and wrist muscles to the least amount of strain, allowing you to type faster and for longer.

Of course, it’s helpful to adhere to the “home row” position, in which your left and right hands lie on the “asdf” and “jkl;” keys, respectively. If you’re already used to another typing style, it’s not a big deal — according to Gizmodo, your typing style doesn’t actually matter too much in the long run.

All that matters is to eventually become comfortable with “touch typing.” By touch typing, or typing without looking at your keyboard, you’ll be able to significantly increase your WPM in the long run.

In fact, it’s better to not try to consciously increase your typing speed until you can touch type. Instead, try to minimize mistakes and become comfortable with a typing style until your fingers start hitting the right keys out of habit.

Lastly, like all other skills, practice is important. Luckily (or unluckily), school and work both provide plenty of opportunities to type — keep on practicing!