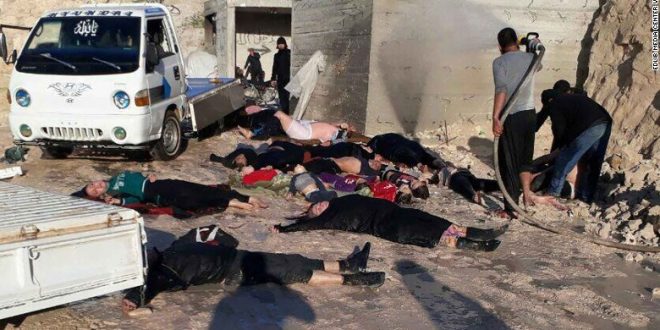 Every Action Has a Reaction: Trump Administration on Recent Syrian Chemical Attack

The devastating, recent chemical weapons attack in Syria left 72 civilians, 20 of them children, dead. Believed to be orchestrated by President Bashar al-Assad’s government, the attack was eerily reminiscent of a previous chemical attack by Assad four years ago. While under Obama’s administration, America chose not to launch airstrikes in Syria as retaliation against Assad’s regime. However, just a few days ago, President Trump decided to strike one of Assad’s Syrian airbases with 59 missiles as a punishment to Assad for “gassing his own people”. While a seemingly valid reason on the surface, more severe consequences for the U.S. lie underneath.

Many see this as a breach of the Constitution. Whereas in 2008, Obama first consulted with Congress before deciding to take action, Trump ordered the attack and authorized it by himself. Additionally, this is the first time that America has antagonized Assad’s power by directly attacking his regime. Trump’s actions may have caused America to lose a potential valuable ally—Russia.

As the world continues to divide over these political decisions, America must be sure to always keep its best interests at hand. Every action has its repercussions: we as a nation must be able to account for each of our own.

Allison Jia is a freshman at The Harker School. She loves science, especially biomedical research and neuroscience, traveling, watching movies, and playing volleyball. She is involved in many STEM clubs at her school, including Science Research, Math, and Medical, and currently serves as an officer in her school's DECA program.
Previous June 2017 London Attack
Next Harvard Rescinds Student Acceptance Offers