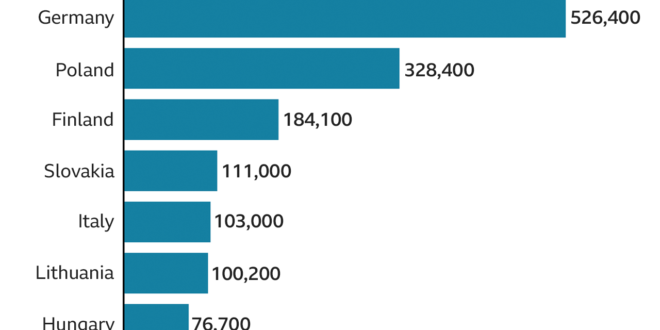 The European Union has proposed to ban all Russian oil imports by the end of this year and remove Sberbank, Russia’s biggest bank, from the SWIFT international payments system.

However, the proposal has immediately run into opposition from EU countries seeking a longer transitional period, including Hungary, which has already been offered one additional year to phase out Russian oil.

Ursula von der Leyen, President of the European Commision, has said that the new measures would form a sixth round of sanctions on Russia to hold it accountable for its invasion of Ukraine.

“We now propose a ban on Russian oil,” Von der Leyen said during a speech to the European Parliament. “Let’s be clear: it will not be easy. But we simply have to work on it. We will make sure that we phase out Russian oil in an orderly fashion, to maximize pressure on Russia, while minimizing the impact on our own economies.”

Crude oil supply would be phased out within six months, and imports of refined oil by the end of the year, she clarified.

The announcement of the proposal increased crude oil prices by about 4%. Brent, the global oil benchmark, traded at nearly $109 a barrel, while US oil futures were above $106 a barrel at 12:30 pm ET.

Oil prices have risen by around 40% since the start of the year on fears that the Russian invasion of Ukraine will cause a supply shock, stimulating inflation and adding pressure on European economies.

EU countries have already agreed on a plan to phase out coal imports from Russia, but the organization has found difficulty in reaching a consensus on an oil embargo following weeks of talks.

Hungary has opposed the oil embargo due to concerns about its energy supply, 60% of which came from Russia in 2021.