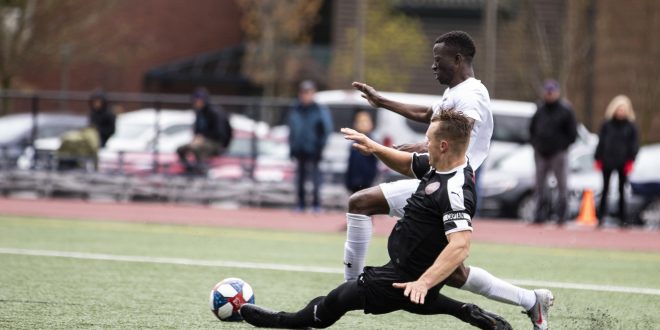 The US women’s soccer team just won the World Cup–––again. Little girls everywhere look up to the team, with players like Alex Morgan and Megan Rapinoe acting as the idols of aspiring soccer players everywhere. Their fiery spirits and perseverance has brought them recognition and success on the international stage. But what still keeps slipping out of their fingers is equal pay.

Although the men’s soccer team hasn’t won a World Cup championship in ages, the women’s team seems to be doing it repeatedly and effortlessly. And yet, the men’s team is still paid more than double their female counterparts. Obviously, the inequality is outrageous, and as a result, twenty-eight players on the women’s team sued the US Soccer Federation in March, furious that they were being paid less and that their games were being given less attention and promotions.

Of course, the discussion surrounding equal pay has been one that has continued for an unquantifiable amount of time. It seems like we have been pushing for change forever, only to see everything stay the same. It is unfortunate that it takes great breakthroughs for women to justify a new uproar in the never-ending debate: otherwise, the conversation merely simmers on without any sign of inspiring effective change.

Indeed, had the women’s team not reached such success in the World Cup, it is unlikely that their push for equal pay would receive the same kind of traction. The only reason their plead has even reached the front page news is because of the gaping difference between the success of both US soccer teams. If the roles had been switched and it was the men who had come home as champions, the women’s claims to equal pay would have likely been overshadowed by the men’s glory. This only goes to emphasize the inequality in our society: women are forced to work much harder to even break into the conversation. Sadly, it is likely that the only way women will see real change is when strong female characters are able to continuously make breakthroughs or achieve success that cannot be ignored. Luckily, the question is not if they will––but rather when.