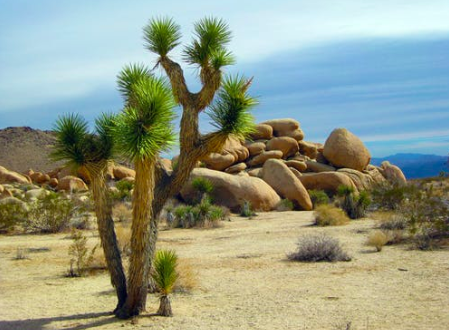 It is important for environment protection agencies to clarify what animals are safe to keep and which
ones must be eliminated. Animals introduced by humans from one place to another place can cause
trouble to the local environment. This phenomenon is “invasion biology,” a conservation sub discipline
that focuses on the destructive impact of non-native species — from cats and rats that wreak havoc on
island ecosystems to Asian carp and zebra mussels that clog inland waterways.
In early 2013, Peter Marra, the head of the Smithsonian Migratory Bird Center, published a stark report
on America’s outdoor cats. In the seven-page paper, Marra and two of his colleagues estimated that
free-ranging felines — unowned feral cats and pets allowed to roam outside — are decimating our
wildlife, killing a median of 2.4 billion birds and 12.3 billion mammals every year.
The burrowing activities of Chinese mitten crabs cause damage to dikes, levees, and stream banks and
increase erosion, which can cause weakening or collapse of flood control and water supply systems. In
California, Chinese mitten crabs have interfered with water operations at diversion facilities by clogging
fish salvage structures (approximately 750,000 crabs were captured in the facilities in 1998).
Additionally, Chinese mitten crabs steal bait from recreational anglers, damage commercial fishing nets,
compete with native and commercially important species for food (especially crayfish), prey upon native
species (including fish eggs), damage rice crops by excessively burrowing and foraging, and may transfer
diseases and parasites to native species (in Asia they are host for the human lung fluke).
Burros — also known as donkeys, African wild ass, or Equus africanus asinus — have also become a
pressing environmental issue. Relatively recent arrivals, introduced in the 1800s, there was a time when
the burros were considered indispensable. In the late 1800s, mining towns spread throughout the
Southwest, pulling mineral wealth out of places like California’s Death Valley. In the absence of internal
combustion engines, something had to help grind the rocks and ferry supplies, and burros became a vital
work force. But as claims ran dry and mines closed, miners released them into the desert.
The problem with burros is that they bulldoze through scarce water and vegetation resources, digging up
riparian environments and crowding out native species. “They have no predators and no disease
essentially, and so their numbers continue to increase exponentially,” says Josh Hoines. They’ve
flourished to the point where they’ve been deemed a nuisance by the National Park Service.
However, burros have proven to not be entirely problematic. One role they play is to clean the
surrounding freshwater springs. “Exotic” herbivores like burros seem to be ensuring the springs stay
open, she says, though it’s healthiest for the ecosystem at large if they don’t linger for too long.
According to Kodric-Brown’s research, the springs were rapidly choked by fast-growing cattails and
reeds following burro removal, destroying open-water habitat for endangered native fish populations. As a
result, Lundgren says, “Land managers there go and manually remove wild vegetation, doing exactly
what the burros were doing for free.”

“There’s an opportunity here to tell people a really interesting story about the dynamism of nature and
deep time and ecological change, as opposed to this simplistic black-and-white story that exists in our
minds,” Lundgren said. “I think that the idea that these organisms are evolving and responding to each
other in this novel system is just so interesting and beautiful, and much more optimistic as a vision of
nature, than this fragile native space that needs to be protected.”
To treat biological invaders, removing is not a simple question for an ecosystem.
Reference:
https://undark.org/article/death-valley-burros-fate/?utm_source=pocket-newtab
https://undark.org/article/the-claws-come-out/
https://undark.org/article/asian-carp-chicago-illinois-lake-michigan/
https://www.wildlife.ca.gov/Conservation/Invasives/Species/Mitten-Crab