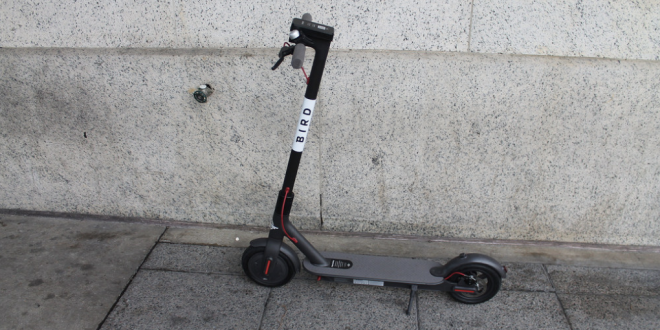 Recently, there has been an uptick electric scooters being sold in the United States, especially in the more urbanized and tech-savvy cities like San Francisco. Most of these scooters are coming from the company Bird, who on their website state, “Bird is a reliable last mile electric scooter rental service. Our mission is to make cities more livable by reducing car usage, traffic, and congestion.” In fact, even their competition for the large part also claim to be solving these “last-mile” transportation problems, where pedestrians must travel a distance too long to walk, but too short to drive. Unexpectedly, while this may seem like a very good idea, the results would actually reflect quite poorly to their mission statement.

There have been numerous complaints about these scooters; especially in the city of San Francisco. According to San Francisco Supervisor Aaron Peskin, “I am getting all kinds of complaints, They range from people having to dodge them as they go 15 miles an hour down the sidewalks illegally to people tripping over them to businesses upset that they’re [blocking storefronts].” In fact, it would seem that in the cities of both San Francisco and Santa Monica, the companies distributed their products onto the city streets without express consent from the local governing bodies.

In summary, it would appear that two distinct sides may be soon forming, which may soon result in a long and lengthy legal battle between the two sides: Corporate and Government. While the Silicon Valley motto has mostly been to beg for forgiveness rather than ask for permission (Ex. Uber, Lyft, etc), the local cities and districts are finally beginning to become frustrated with their antics. “San Franciscans’ safety and public resources are not commodities for these companies to monetize,” emphasizes San Francisco City Attorney Dennis Herrera.

Previous The Camp Fire
Next Soda: Diet or Not?