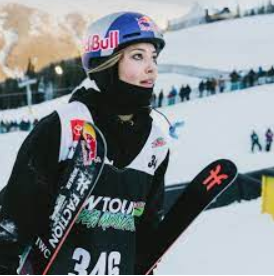 Gu Ailing is a mixed-race child born in the United States. Her mother is Chinese and her father is American. Her father and mother were both excellent students. Her grandmother is Zheng Fengrong, who broke the high jump world record. But Gu did not let her family’s wealth make her decadent. Instead, Gu seized the opportunity to do the best in everything.

Gu started skiing at the age of three and quickly showed her athletic talent. She was known as a gifted girl, a student with outstanding academic performance at Stanford University, a fashion model, and the youngest person on Forbes’ Elite List under 30. Gu began to participate in competitions at the age of 9, and she had won more than 50 gold medals before she was 15. However, skiing did not affect Gu’s academic performance. Her mother would not take up her study time because of skiing training, so Gu could only go to training after school or during holidays. Gu also had to practice piano and other tasks. Stanford University wanted to admit her without an exam, but Gu didn’t want to be privileged. She spent two years teaching herself a course that would have taken others three years to complete and ended up getting in with nearly perfect scores.

When Gu was 15 years old, she made a big decision. She said in the interview that she wanted to become a Chinese citizen, hoping that one day she could compete as a Chinese and serve the motherland. She has won many awards for her country.

The Olympics is fertile ground for motion pictures. While it has drama with a worldwide …