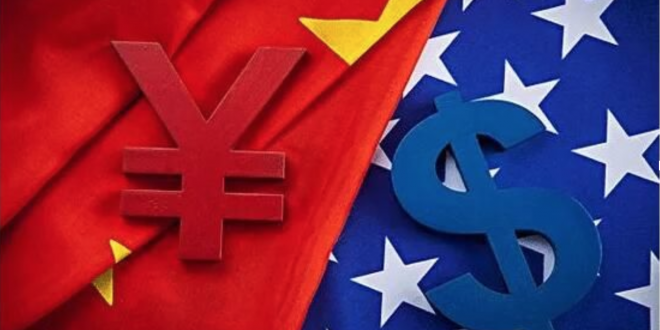 I think most people know that high tech companies such as Apple choose to make their products in China because of the cheap labor costs there. However, on March 27th, Donald Trump proposed a sixty billion dollar tariff against the Chinese government, which could make it much more difficult for Americans to possess Chinese products, or products U.S. made in China. Although Trump claimed the tariff’s purpose is to protect American intellectual property—and it might—it will also create turmoil in the global economy and severely increase the cost of living. Fighting this economic war will potentially harm both the Chinese and Americans.

I collected data from the Chinese Growth Enterprise Market and found that Trump thinks that only targeting high tech products will protect the American market and not harm society. But what Trump didn’t realize is the impact on the world economy that this tariff would cause. Since China is the world’s largest producer of factory­-made products and the United States controls the value of the currency, other countries will be badly impacted by any economic prohibitions. This trend already appeared in the stock market a few days after Trump’s declaration. Big companies tracked by the Nasdaq index (an American stock exchange) plunged 6.5% at the beginning of April, while the Japanese market suffered a 4.71% decrease, the Korean market went down by 3.18%, and the Chinese market saw a 3.39% decrease. Although some of the market recovered afterwards, all those setbacks are trends generated by markets which are no longer connected with each other, which will lead to the decrease of production and transportation. This puts the U.S. in a terrible position since we are heavily dependent on imported products. These consequences are not good reasons to prohibit Chinese products in America and to persuade civilians to support the tariff.

I personally don’t have access to American intellectual property; neither does the average American and Chinese consumer. Yet we will suffer from the increasing price of products. By supporting the tariff on Chinese products, consumers will not be able to purchase goods from China because they will no longer be affordable. According to John Gould, who is a vice president of supply chain and customs policy, he emphasizes his fear that whenever tariffs are used as a penalty against imports, American consumers end up paying for those tariffs. Gould came to the conclusion that we will have a more restricted life because of the tariff. This means that while the iPhone is only one item the tariff targets, many other daily necessities will be impacted, such as cars, clothes, televisions, and household items. When all these products double or triple in price, do you still believe that the economic war yields a good result?

Previous A Virtual Environment
Next We Need Sleep