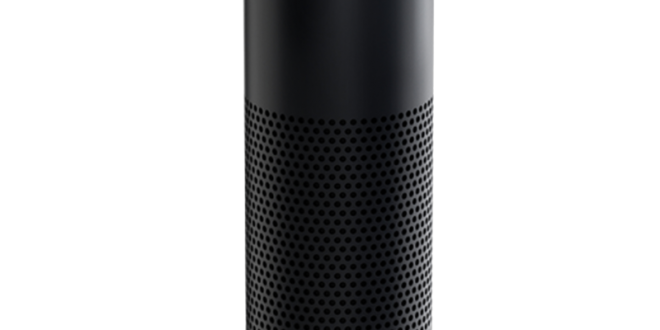 Amazon Echo has come. It’s Amazon’s smart speaker, with a voice controlled personal assistant dubbed Alexa. This is the start of the new era of technology, as voicing commands around the house is easy and convenient. Alexa could be anywhere: companies are already creating devices that can be Alexa enabled, such as LG’s smart fridge, and the speaker itself is a cylinder that can fit into many different sized spaces around the house. The functions of this speaker are numerous. You can tell it to do a large variety of things, from mundane tasks like checking the weather to even ordering an Uber. However, as with most new products, it’s not without its shortcomings. Echo has no battery, so it always has to be plugged in, and obviously it needs WiFi connection to operate. Its features aren’t currently unlimited, but with time Echo will learn more “skills”, as Amazon calls them. And like other voice operated systems, Echo sometimes doesn’t quite hear you clearly and confuses words. Overall, however, this elegant looking speaker is undoubtedly a handy thing to have around: it can act as the hub of the house, providing answers, playing music, and performing other everyday tasks we would want it to do all by voice. This could be the next big thing that spells the end for smartphones; it has almost all the functions needed and hands-free control sets it on another level. With such devices like the Echo, who knows what could be the next big thing on the horizon? Only time can tell, but for now, we’ll stick with Alexa. Because who wouldn’t want to talk to a speaker?