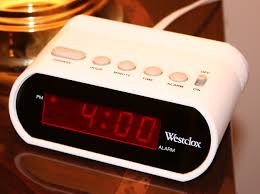 Benjamin Franklin once said, “Early to bed and early to rise, makes a man healthy, wealthy, and wise.” He was then describing what is now called an “Early Bird”, someone who gets to sleep at a early hour and wakes up fresh and alert in the early morning. Conversely, a “Night Owl” prefers to stay up later into the night, when he or she works more effectively, and wakes up later in the morning.  There has been large amounts of research done on these different groups of people, and whether there are benefits from doing each.

Most people have heard the stereotype about wealthy and successful people always getting up early. For example, Apple CEO Tim Cook wakes up at 3:45am, and FIAT CEO Sergio Marchionne at 3:30am. With the apparent correlation between waking up early and success, some people might try to set their alarm clocks a few hours earlier each morning. However, research suggests that there is not much of a connection at all; in fact, a study done by the Southampton University in England shows that the night owls had larger incomes and more access to cars than did morning larks.

Waking up early or getting to bed late are not characteristics that need to be purposefully changed. Those that work better in the evening will always work better in the evening, despite efforts to adjust to a morning schedule. Being a morning person or night owl often comes down to genetics and age. Every person’s circadian rhythm is a little different: humans average about 24.2 hours per cycle. Those who have a cycle every less than 24 hours, they will more likely be an early bird, while those who have longer cycles will develop into a night owl. Furthermore, a person in their childhood will be more likely to wake earlier than those who are in their high school or early adult years. This trend then backtracks as one’s age gets nearer to fifty, as older citizens tend to wake up slightly earlier than the younger folk.

There are many others studies that show characteristics that may arise more frequently in an early bird rather than a night owl, and vice versa. While these studies may be interesting, they shouldn’t make a huge dent in your daily activities. Getting work done at a later or earlier hour than usual will inevitably lead to mood swings, uncomfort, and unwillingness to perform tasks at the highest level. Instead of focusing on what time you will wake up, instead focus on getting the optimal hours of sleep every night. By getting more sleep, you will be more awake and alert to do any task that is put in front of you.