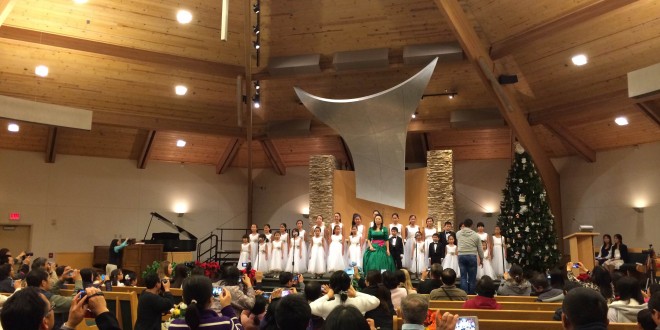 On Jan 4, 2015, Global Leadership Initiative helped out with Dublin Chinese Association (DCA), who hosted their first ever music performance. The show, hosted at the Trinity Church in Pleasanton, started at 3:00 PM in the afternoon and ended at around 5:30 PM. The performance started off with a brief introduction about DCA and a brief recognition of Global Leadership Initiative, whose members helped out with the event. David Haubert, the newly elected Dublin mayor, was in attendance for the event, giving an opening speech to the audience watching from below.

The performance kicked off with a trio of cellos accompanied by piano. After that, performances ranged from classical music pieces by Chopin and Liszt, to traditional Chinese instrumental music, such as the erhu and the pipa, and also many vocalists, from a chorus of elementary schoolers to pop hits like “Halo” by Beyoncé. Finally, at the end of the show, “The Same Song,” a song easily recognizable to all Chinese people, no matter how young or old, was performed as a grand finale. Awards were then passed out to all performers, delivered personally by David Haubert, and a big final picture was taken of all the people. It was a truly successful night for both DCA and Global Leadership Initiative.

Global Leadership Initiative played a huge role in the success of the show. First and foremost, the MCs of the show 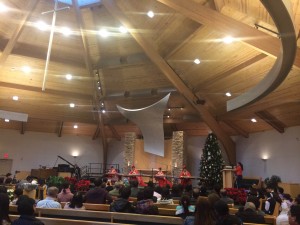 were members of GLI. Without their introductions and guidance, the show will have never been as successful as it was. We must not forget all the volunteers that also helped made this show possible. Members of GLI helped out with the stage setup, tickets, ushering, etc, along with helping out with DCA’s own volunteers. This show was a magnificent showing, and I hope there will be another, even better one next year!

Previous The Sixth Mass Extinction
Next An Ideal School Lunch