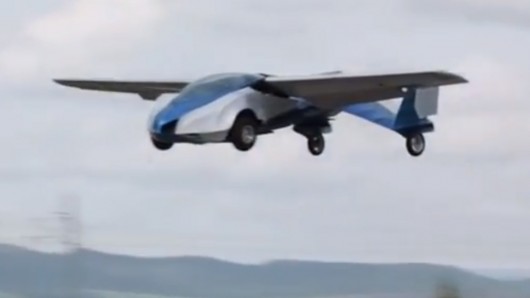 Driving in the Clouds 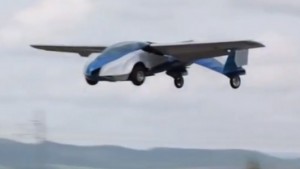 Aeromobil is a company that has been dreaming, for the last 5 years, about a flying car. A car that you can drive on the ground as well as fly in the air is a very popular idea. How convenient would it be if you could just take off on a strip of land right near the highway and zip over everything? In 2017, all of this may become a reality.

Aeromobil has made a prototype last october, and new statements have been made about it. Juraj Vaculik, the CEO of Aeromobil, says the company plans to make a set of consumer vehicles in 2017, which will have a range of about 400 miles, require a pilot’s license (obviously), and will seat two people. This is the same market strategy as Tesla Motor’s, as Aeromobil will first be releasing a few high end flying cars to enthusiasts, and afterwards, once the flying car idea has been mastered, Aeromobil will be releasing a fully autonomous four-seater hybrid.

To achieve flight, the flying car must be extremely light. It also has to be incredibly strong so it can pass the government’s safety laws. Because of it’s need of super lightweight and strong materials, the cost will not be cheap. It is estimated that it will cost at least hundreds of thousands of dollars.

Overall, this looks like it could be the start of something big. Once autonomous flying cars get into the competition, most car companies would be looking to make flying cars as well. In a future where everyone has a flying car, there will no longer be an incredibly slow commute everywhere. People could travel to farther places faster because of the lack of traffic jams and the need to follow roads. Driving in the clouds could become one of the most important inventions in human history, along with the car and the airplane.