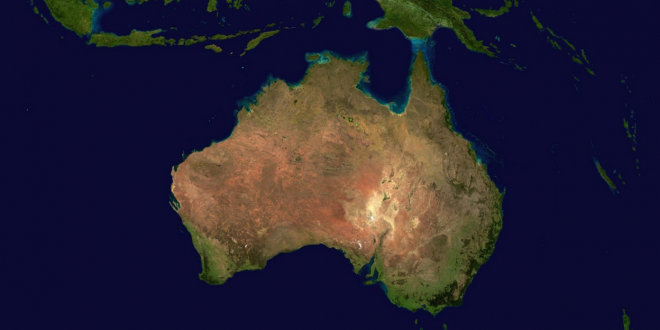 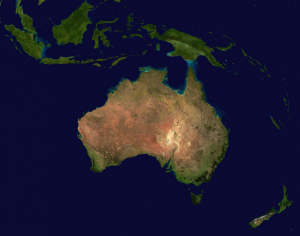 Numerous tectonic plates, or large slabs of solid rock, make up the outer layer of Earth’s crust. These slabs of rock slowly move across Earth’s surface, colliding with each other to form mountains or pulling away from each other to create valleys. These large scale movements of tectonic plates cause earthquakes when the edges of the plates move against one another and create ripples of force through the crust. The plates holding the continents shift slowly, causing the continents to move as well.

Pangea, a supercontinent from 300 million years ago, was the only solid land mass on the planet. Around 175 million years ago, it began to break apart due to the movement of tectonic plates, which led to our continents moving to their current positions. Currrently, tectonic plates are still moving. It is predicted that North America is moving closer to Asia, and the Pacific Ocean is decreasing in size while the Atlantic is increasing.

Australia sits on one of the seven major tectonic plates, called the Indo-Australian plate. Compared to the other plates, Australia’s is moving rather quickly, at a rate of 2.7 inches per year according to National Geographic, versus the North American plate, which moves about one inch per year. The Indo-American plate moves almost three times more than other plates. Cartographers predict that it will cause trouble for GPS companies that will regularly need to recalculate for accurate measurements.

Cindy is senior at Henry M. Gunn High School and is incredibly honored to be a part of the Rising Star Magazine team. She enjoys belting out Disney songs, playing piano, watching Chinese dramas, and babysitting. Cindy serves as California DECA's VP of Silicon Valley and is also the singing teacher at FCSN and the President of HEARTS Nonprofit. She can be contacted at cindy@risingstarmagazine.com
Previous HIV vs. Smoking
Next An Easier Alternative