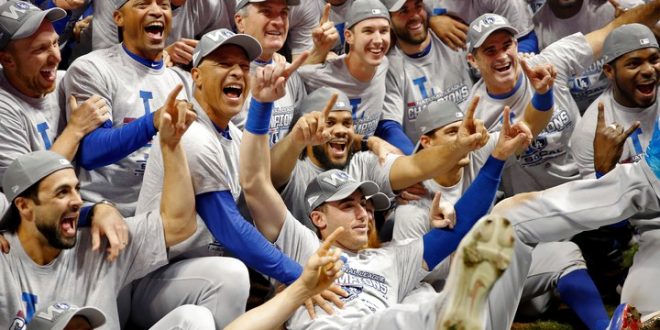 After a thirty-two year drought, the Los Angeles Dodgers battled through a difficult season in this year of COVID to pull off their first World Series win since 1988. After squeaking by the Braves to win the NLB Pennant, taking four out of six games against the Tampa Bay Rays for the Series win was an extremely rewarding feat. Sadly, the team returned home to a city mired in the coronavirus pandemic and did not receive the recognition they deserved due to a limited crowd. The Lakers winning the national basketball championship just two weeks earlier also diverted the focus from the Dodgers win.

Betts finished the game with an eighth inning home run off of Rays pitcher Peter Fairbanks. He finished the game 2 for 4, with two runs and the RBI. Barnes, Taylor, and Muncy were the only other Dodgers players who had hits against the Rays pitcher. Los Angeles took an interesting approach to the game however, by using multiple pitchers to throw off the Rays’ batters. Tony Gonsolin opened the game, followed by Floro, Wood, Baez, Gonzalez, Graterol, and Urias. Even though hitless in the final game against the Rays, Shortstop Corey Seager took the World Series MVP after hitting two home runs and batting .400 for the series.

Coronavirus fears were prevalent throughout the season, and in the last game, Justin Turner, the Dodgers 3rd baseman, was removed after testing positive. “It’s a bittersweet night for us,” MLB commissioner Manfred said in an on-field interview on FOX Sports. “We’re glad to be done. I think it’s a great accomplishment for our players to get the season completed, but obviously we’re concerned when any of our players test positive. We learned during the game that Justin was a positive. He was immediately isolated to prevent spread.”

The Dodgers have been on a roll, with World Series appearances in three of the past four years.  After two near misses, this year’s win was special. Will they be able to pull off two World Series wins in a row? Well, that is a feat the Dodgers have not pulled off since the 1950s, when they called Brooklyn home.