Home / Opinion / Do You Want A Trophy? 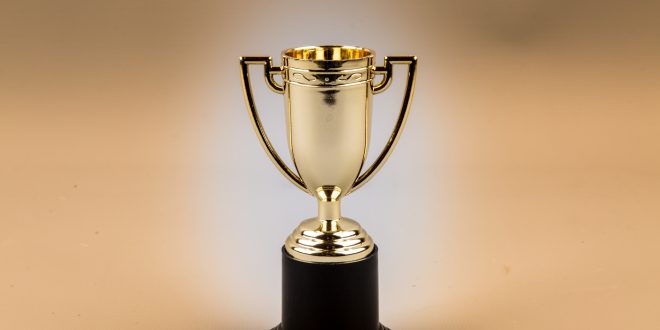 Do You Want A Trophy?

The famous words, “There are no points for second place” from Top Gun exemplifies the strict mindset that only the most elite receive trophies (Grossman 2012). In my opinion, this is a great way of promoting self improvement and reflects the reality we live in today. Nowadays, children frequently receive consolation prizes for minimum efforts. Data from multiple studies reveal that rewarding kids regardless of success is harmful as it belittles the value of success and causes children to feel entitled to rewards even when they don’t deserve it. We give kids excessive rewards nowadays, to the point where trophies promote vulnerable self esteems for children and the benefits of failure are difficult to grasp.

Today, as competitiveness takes place on the field, stage, and podium, the harsh results of these competitive events are not favorable to most people; parents get into scuffles regarding whose child is the best. As a result, excessive participation trophies are given out to minimize these conflicts. Some people claim that rewarding kids with trophies is perhaps a good idea; it builds self esteem and confidence. However, research from the National Academy of Sciences found that praises, such as consistently rewarding children for participation, leads to the development of narcissism, and confidence gained this way is often fragile and temporary (Hill 2015). Results from this study prove that rewards with no distinction between success and failure is ineffective and often counterproductive. Kids are discouraged from working harder as they receive trophies for merely participating. Further, psychologist Vivian Diller explains that confidence comes from the belief in one’s own ability and experience. It is a self given trait which comes from practice (Diller 2011). Rewards are meaningless to those who never worked hard for them. The reality is that confidence comes from ability, and ability comes from practice. Confidence gained from constant practice is much stronger than meaningless praise.

In addition, failure should be seen as an opportunity to realize the aspects of oneself that needs improvement.  Psychologist Vivian Diller mentioned that one rarely learns from winning, but learns from failing every time (Diller 2011). To put into context, when kids receive trophies, they do not learn, but when they don’t get one, they learn from their failures. I’m sure most people have heard of the term “failure is the seed to success.” To become a winner, you lose over and over again, learn from new mistakes, and eventually win the battle. In the contest of the real world, there are only a few winners. Perseverance and a growth mindset are are qualities developed by overcoming challenges

In order to appease the less competent, children have developed vulnerable self esteems and no longer experience the value of failure due to excessive trophy awarding. To make sure the next generation succeeds, we need to alter the current system of receiving unnecessary consolation.