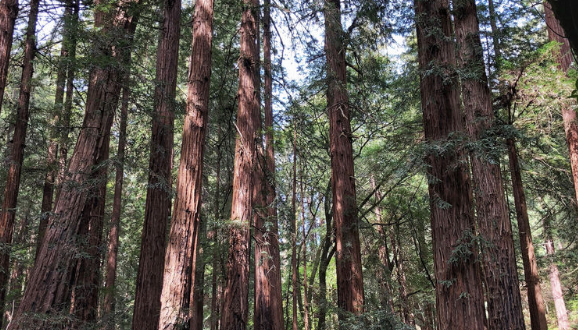 Diversity in Our Natural Spaces

As I walked through under the canopy of the coast redwoods, with the sensations of cleanliness and rejuvenation, I listened to Hector, one of the interpretive rangers at Muir Woods, explain his personal connection to this forest, and the lack of that his family holds.

The United States has a widespread history of racism and segregation, which has long term impacts seen to this day. The legacy of exclusion finds itself at park trails as well, with most national parks founded and supported by eugenics advocates–such as Gifford Pinchot, the first Chief of the United States Forest Service–and thus banned black and hispanic communities from the parks since the very beginning of their formation. To say the least, barring a relationship with nature gives way to the feeling of unfamiliarity in the environment amongst minority communities. For example, the “African-American experience with the outdoors has historically been punctuated by lynchings, flights from slavery and trauma”(Root). Rather than being a space that provides ease, comfort, and serenity, the feeling of fear is associated with being outside for communities of color, which creates a barrier that won’t form a link with our natural surroundings.

With largely a white workforce and only about 20% of visitors being people of color, the National Parks Service wants to increase diversity in national parks. This is where LINC comes in. LINC, which stands for Linking Individuals to their Natural Communities, is a summer internship with the Golden Gate National Parks Conservancy. Over the course of 6 weeks, I had the amazing opportunity to visit national parks & recreation areas from all over the San Francisco Bay Area and execute service projects such as building trails & fences to protect sensitive park sites, planting at native plant nurseries, and creating habitats for endangered species. As someone not familiar with the extensive physical labor involved in taking care of our environment, I was definitely out of my element. However, the work that goes into maintaining park sites made me feel ownership of the land. I could look at my environment and say “This is my park.” Put simply, gaining the confidence to say that nature is a part of you is the objective of LINC. By doing so, LINC hopes to empower the next generation and change the current visitor demographics such that it reflects the country as a whole.

Although I can personally attest to the great strides that LINC has made in my life as a woman of color, there is still much work to be done. The main shortcoming I noticed was there were no black Americans in the Marin branch of LINC, despite Marin City being a majority black community. Additionally, there were no black boys in the San Francisco branch. I was alarmed. The environment is lauded as a healing space, and with the historical targeting of black communities–evident through having the highest incarceration rates, especially black men–I believed the LINC program would specifically target black youth, particularly black boys. As such, LINC and the National Park Service is continually working to improve and straddle the line between promoting diversity, participation, and tending to the land. With our advocating streak and a world of knowledge at the tip of our fingers, we have to be the youth that helps achieve such goals.