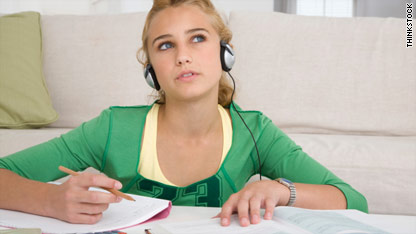 Ever since I discovered the world of pop music, I have always been listening to music while studying. My mother highly disapproves of this studying habit; she claims my test scores will drop if I continue multitasking. Like me, my science partner was experiencing a similar situation, which led us to brainstorm a project. She and I decided to conduct an experiment attempting to disprove our parents: analyzing common distractions using an EEG, otherwise known as electroencephalogram. We wanted to observe whether or not there was a definitive correlation between these common high school distractions, namely pop music, classical music, texting, social media, and phone calls, and studying efficiency that could be reflected in test scores.

Allison Jia is a freshman at The Harker School. She loves science, especially biomedical research and neuroscience, traveling, watching movies, and playing volleyball. She is involved in many STEM clubs at her school, including Science Research, Math, and Medical, and currently serves as an officer in her school's DECA program.
Previous Jeff Bezos is the Richest Man; Amazon HQ2
Next America and Russia’s Joint Space Station